TEHRAN (Basirat): The United Nations warned of a lost generation of Muslim Rohingya children, with half a million in refugee camps in Bangladesh facing dangers including disease and floods and those still in Myanmar lacking access to proper education. 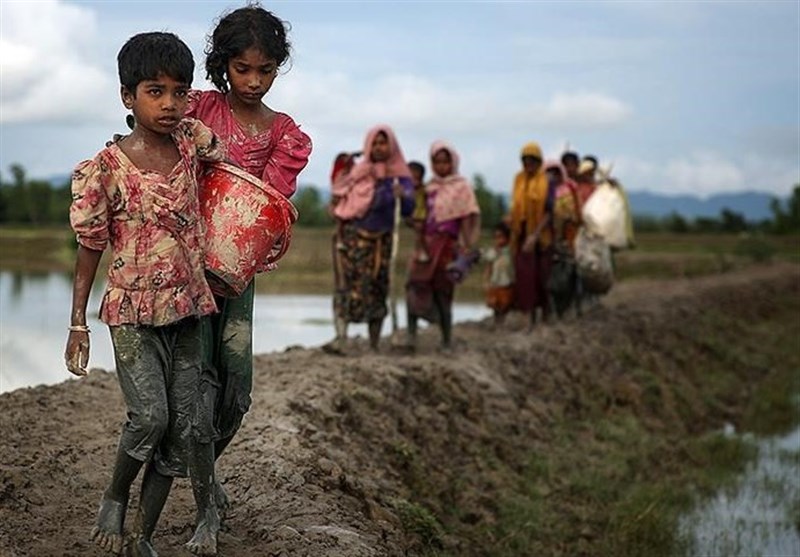 One year since 700,000 Rohingyas fled a violent crackdown by Myanmar security forces in Rakhine state, the UN Children’s Fund (UNICEF) gave a bleak assessment of the outlook for children on either side of the border.
"We are talking about risking the loss or the potential loss of a generation of Rohingya children,” UNICEF spokesman Simon Ingram told news conference in Geneva on Thursday after spending six weeks in the camps in Cox’s Bazar, Reuters reported.
"It isn’t just the half a million children or so on the Bangladeshi side of border but it’s also those who are still left behind in Rakhine state, whose access to education is patchy at best and highly limited,” he said.
The UN estimates that 530,000 to 600,000 stateless Rohingyas remain in Rakhine state, including some 360,000 children, he said.
The Rohingya, who regard themselves as native to Rakhine state, are widely considered as interlopers by Myanmar’s Buddhist majority and are denied citizenship.
Myanmar’s military launched the crackdown in northern Rakhine a year ago in response to alleged militant attacks. The civilian administration of government leader Aung San Suu Kyi defended what it described as a legitimate counter-insurgency operation.
The administration has said it is ready to accept back refugees. Suu Kyi said on Tuesday spaces have been mapped out for the resettlement of people who fled.
Ingram said the prospects for their return to Myanmar anytime soon were bleak, despite a voluntary repatriation agreement signed by the Yangon government and UN agencies in June. He said conditions in Rakhine remained unsafe.
UNICEF said it was expanding education programs in the camps in Bangladesh, currently for children up to the age of 14, to try to meet the needs of older children.
Source: Tasnim