TEHRAN (Basirat): An Iranian F-5 fighter jet crashed while landing in a southwestern airbase on Sunday, killing one of the two pilots. 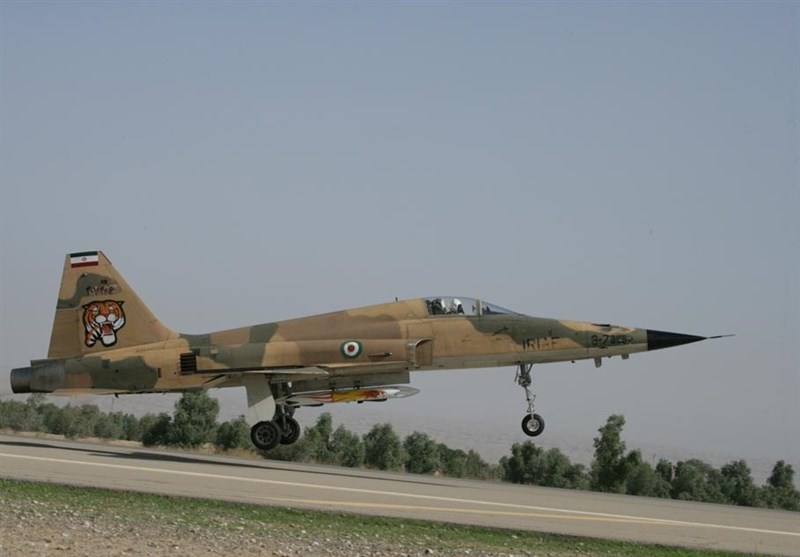 Iran’s Air Force said the fighter jet had a technical failure after a training flight when it was landing in an airbase in Dezful, in Iran’s southwestern province of Khuzestan on Sunday morning.
One of the pilots was martyred in the incident, but the other one managed to control the jet and make a safe landing beside the runway with minimum damage to the aircraft, the Air Force said.
Back in June, an Iranian Air Force’s F-7 fighter jet crashed in the central province of Isfahan, but its two pilots ejected safely before the aircraft plummeted towards the ground.
In May 2016, a MiG-29 fighter aircraft of Iran’s Air Force had to make an emergency landing at a military airport in the western city of Hamedan, during which one of the pilots was killed and the other suffered vertebral injury.
In July 2016, a Sukhoi Su-24 warplane of Iran’s Air Force crashed near Lake Bakhtegan in the southern province of Fars, but the two pilots on board survived.
Source: Tasnim