HOME >>  HOME >> تیتر یک
News ID: 4497
The Leader in a meeting with the president and Cabinet members:

Administration must work round the clock to manage economy

TEHRAN (BASIRAT) :In a meeting with the Iranian President Hassan Rouhani and his Cabinet members this morning (Wednesday), Leader of the Islamic Revolution Ayatollah Seyyed Ali Khamenei cited the distinctive indexes of the true Islamic rule, namely “justice, chastity, piety and standing by people” as the yardsticks to measure and assess the steps taken by officials. 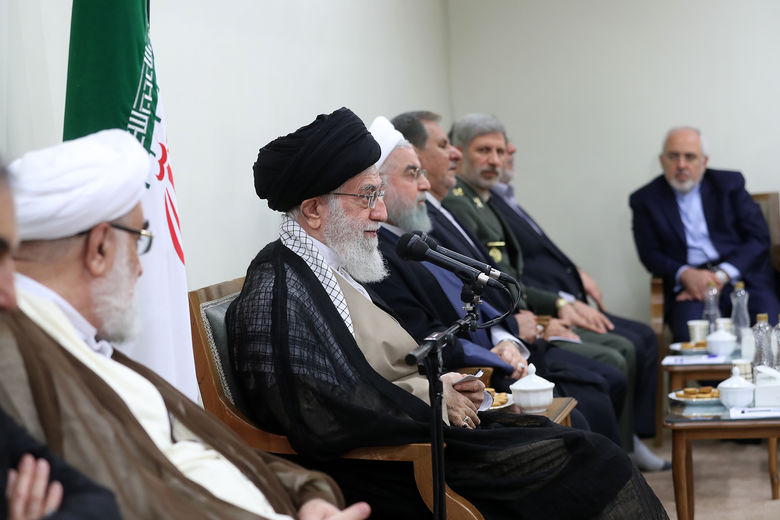 He also mentioned some important points regarding economy, foreign policy, unity and internal coherence, adding, "In the field of economy, hard, voluminous and high-quality work must be done and economic officials must work round the clock to solve people’s problems.”