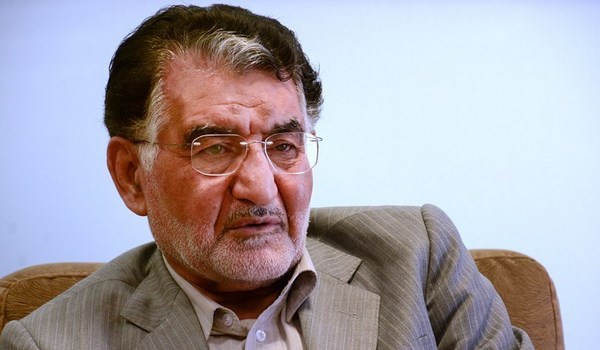 "Dollar-based trade between Iran and Iraq has stopped and most exchanges are made in euro, rial and dinar," Al-e Eshaq said on Saturday.
He added that another part of exchanges between the Iranian and Iraqi exporters are made in the form of barter.
Al-e Eshaq said "only a small portion of the $8bln trade between Iran and Iraq is funneled through the banking sector".
In a relevant development on Wednesday, Iranian Ambassador to Baghdad Iraj Masjedi called on the Iraqi foreign ministry to replace dollar with Iran's national currency (rial) to issue visa for the country's pilgrims who are due to visit Iraq in Arbaeen ceremony, one of the currency swap moves Iran is making to counter the US sanctions.
Masjedi's remarks, made in a meeting with Iraqi Foreign Minister Ibrahim al-Jafari in Baghdad, were in line with Iran's policies to confront the US sanctions after Washington's withdrawal from the 2015 nuclear deal.
During Arbaeen ceremony the 40th day after the martyrdom anniversary of Imam Hossein (AS), the third Shiite Imam, is commemorated.
Jafari, for his part, praised Iran for remaining beside Iraq in hard times, specially in the war on the ISIL terrorist group, and underlined Baghdad's preparedness to cooperate and coordinate efforts with Iran to hold Arabaeen ceremony.
Source: FNA