TEHRAN (Basirat): The US military forces continue illegal heliborne operations and rescued a senior ISIL commander from the Northeastern province of Raqqa on Saturday. 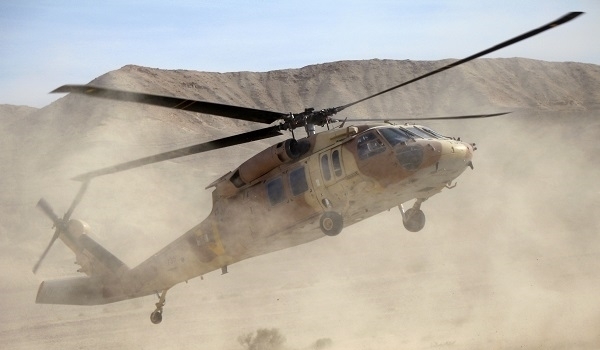 The US-led coalition conducted a new heliborne operation between the village of Hazimeh and Tishrin Farm and took away Abu Zeid, a commander of ISIL, to an unknown location with the cooperation of the Syrian Democratic Forces (SDF).
Abu Zeid is one of the senior ISIL commanders in Raqqa that was once in charge of the terrorist group's arms supply.
In the meantime, the SDF also released over 150 captured ISIL terrorists, including their commander Jom'ah al-Sarmoudi, in Raqqa city.
In July, the sources said that an American military helicopter, accompanied by several military vehicles of the Washington-backed Kurdish militias, conducted a heliborne operation between the villages of Tal Mashhan and Tal Dowayem in al-Ya'arabiyeh region in Eastern Hasaka near the border with Iraq.
The sources further said that three ISIL members, including an Iraqi terrorist, were rescued in the US heliborne operation and were transferred to an unknown destination.
Similar operations have been underway on a regular basis in the region in spite of the US' claims of war on ISIL in Syria.
Source: FNA