The Importance of Tehran Summit in West Asia Region and World

Tehran (Basirat): Political analyst SaadAllah Zarei, in an article published by Sobeh Sadeg, says: “Although trilateral summit in Tehran on Friday has followed by former two summit with attendance of the presidents of Iran, Russia and Turkey, yet it has unique features. “ 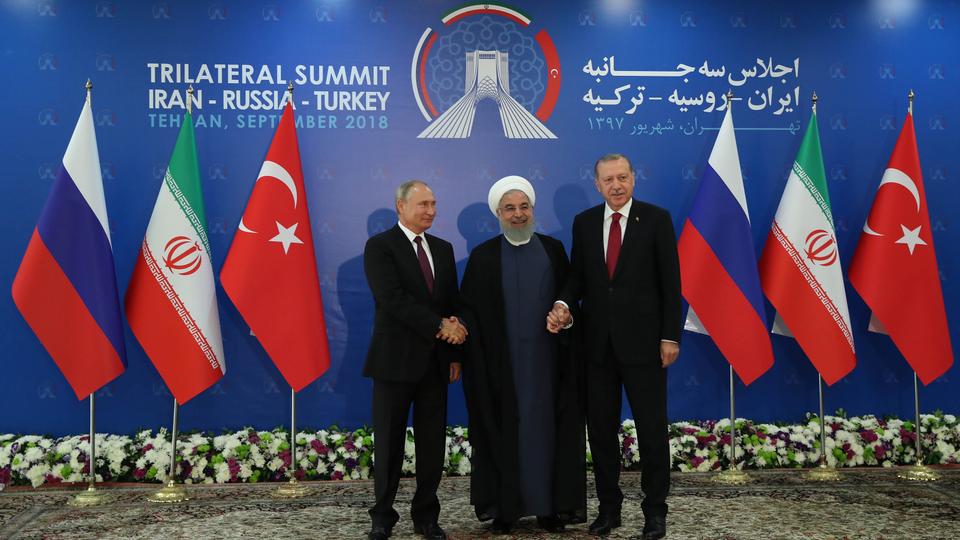 Tehran summit has gained special importance because it was held on the eve of Syrian army heavy operation and its regional allies. Summit will have important effects in the same way, here we will motioned some issues about importance of the summit.

1. With the imminent release of "Idlib”, last occupied territory by the terrorists under protection, the case of "possession of the land" of the terrorists is closed and Since then, the activity of terrorists, though not completely stopped, drops sharply and sovereignty of the Syrian government and its army is completed on its own land.

Idlib is the fourth region that identified in the Astana talks as a "de-escalation zone” of reduced conflict and this subject cast a shadow over Syrian military operation. Turkey, which fears the assault could prompt flood of Syrians refugees towards its territory, and on the other hand, the terrorists will be released to Turkey, therefore, Turkey opposed the military operation of the Syrian army and emphasized on the political solution. Yet, political solution has come to a deadlock, Because a large part of the terrorists, including Nusra Front, ISIL, Ahrar al-Sham and dozens of other groups related to them, did not embrace a political solution and stood against any proposal requiring the withdrawal of the region from them and the abandonment of weapons. Although, Turkish government had Permanent relationship with these group on the basis of dozen document, but don’t succeed to persuade them on political solution practically.

2. Tehran summit and agreement between Iran, Russia and Turkey on the "final operation" of Syria's liberation showed that: first, security crisis in Syria in a domestic process on the focus resistance axis in the security dimension and second, in a regional process is approaching the end. Whereas, the west make propaganda that Syria's security cannot be resolved except in an international process based on the UN resolution. Even, French Foreign Minister Jean-Yves Le Drian confessed in the recent days that Assad won the war but stated that he is not winner of peace. These facts indicates that US, France and England missed the development once again and now the biggest regional crisis is coming to an end without their presence. This can turn out to be an effective model for solving of regional crises, as Leader of the Islamic Revolution Ayatollah Seyyed Ali Khamenei said in the meeting with the Russian president.

3. Tehran summit and the formula for the "liberation of the Idlib military" are a reminder of Iran’s prominent and pivotal role in solving Syrian security crisis strongly. The fact is that Syria takes the last steps towards freedom with the resistance theory of the Islamic Revolution. Iran with the participation of the Iraqi government, Hezbollah, and strong Iraqi, Pakistani and Afghan resistance groups had a permanent presence in Syria and increased significantly power human resources of Syrian defense structure. Trilateral summit in Tehran proved that Iran has prominent and pivotal role in Syria in solving the largest security crisis in the region over the past 30, 40 years.

4. Tehran agreement gives a lot of energy to the forces that operating in the operation of Idlib, more ever, it has increased fear of terrorists that hoped to gaps between Turkey and Iran, Russia. Idlib operation in the coming days will have a strong regional base and this subject prevented the activity of oppositions effectively. Idlib operation has another great chance. The army, after cleansing the south, Eastern Ghouta of Damascus and Northern of Homs province can focus its forces on the liberation of Idlib. Whereas, during the Nasr 2 operation, which led to the release of the strategic city of Aleppo, the Syrian army was forced to operate with one quarter of its strength and ability.