TEHRAN (Basirat): Islamic Revolution Guards Corps Deputy Commander for Political Affairs Brigadier General Yadollah Javani warned that the IRGC will give a crushing response to the terrorists and their supporters who masterminded the Saturday attacks in the Southwestern city of Ahwaz. 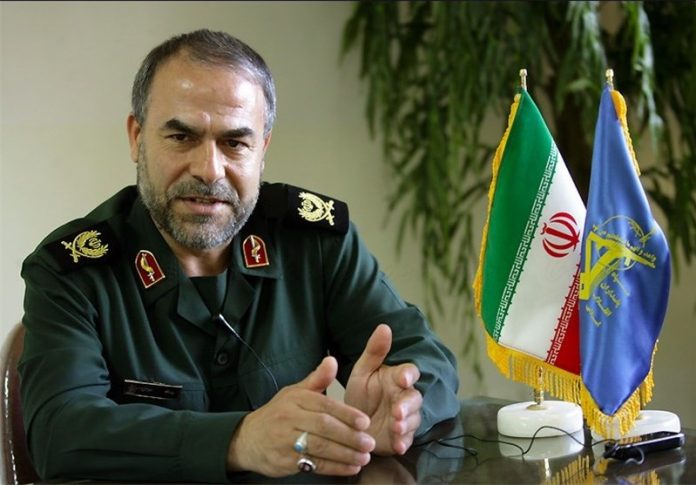 "Such blind acts will definitely receive a crushing response" and will make the terrorists and their supporters regret for their deeds, General Javani told FNA on Saturday.
"The criminal terrorist grouplet in Ahwaz and also their regional and trans-regional supporters will soon pay a heavy price for their crime," he added.
General Javani underscored that such crimes by enemies will further unite the Iranian nation.
29 people were killed and 70 were injured in the Saturday morning attack by al-Ahwaziyeh terrorist group during the nationwide military parades in Iran's Southwestern city of Ahwaz.
Earlier, Governor-General of Ahvaz Gholamreza Shariati had told the state-run news agency IRNA that "the wounded have been transferred to Ahwaz hospitals".
He added that the terrorists attacked the bystanders watching the annual Armed Forces' parades, marking the start of the Sacred Defense Week, commemorating Iranians' sacrifices during the 8 years of the Iraqi imposed war on Iran in 1980s, in disguise of the Islamic Revolution Guards Corps (IRGC) and Basij (volunteer) forces, killing and wounding several people, including innocent women and children.
Shariati said that none of the officials participating in the military parades in Ahwaz city in Khouzestan province was injured in the attack.
He also said that based on preliminary reports, 4 terrorists carried out the Saturday attack in Ahwaz, adding that two of them were killed and two others were arrested.
But, Spokesman of the Iranian Armed Forces Brigadier-General Abolfazl Shekarchi told FNA that 4 terrorists carried out the attack during military parades in Ahwaz, noting that three of them were killed and the last one was captured by security forces.
He added that none of the terrorists could escape, noting that other reports about the details of the attack are not confirmed.
Meantime, Head of the Islamic Revolution Guards Corps Public Relations Department and IRGC Spokesman General Ramezan Sharif told ISNA news agency that the terrorists who attacked people during the Armed Forces' parades in Ahwaz were affiliated to al-Ahwaziyeh stream which is nourished by Saudi Arabia.
He added that the terrorists aimed to overshadow the magnificence of the Iranian Armed Forces' parades.
General Sharif said that people were also invited to watch the parades and the terrorists both fired at people and the Armed Forces.
He said that such attacks are precedent and al-Ahwaziyeh terrorist group had earlier fired at the convoys of people who visited the Southern cities of Iran which resisted against Saddam's aggression during the 8-year Iraqi-imposed war against Iran in 1980s.