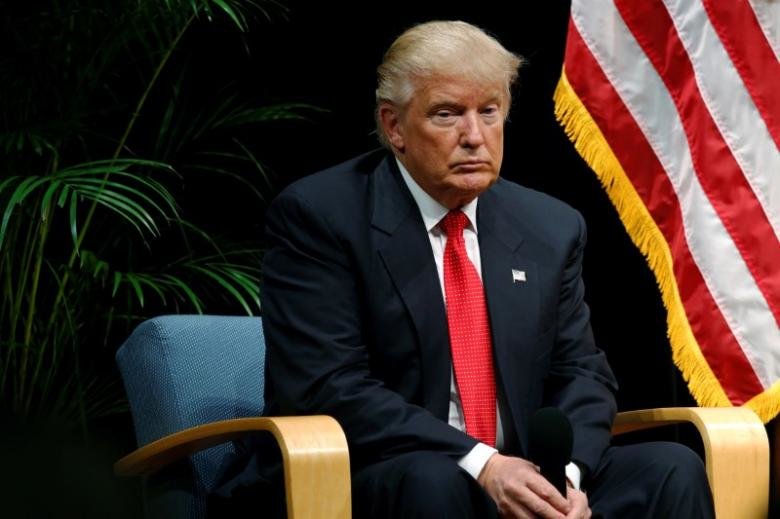 However, people like former U.S. President Barack Obama and former Secretary of State John Kerry seem to have been struggling to defeat Republicans in the House of Representatives and the Senate. It should be noted that according to polls in the United States, the probability of Democrats in the House of Representatives is greater than the Senate.
Currently, Trump’s Republican Party controls both the House of Representatives and the Senate.
But Democrats have opened a six-point lead over Republicans ahead of the midterm elections, according to a new poll. As the U.S. gears up for November’s ballot, which will see the two parties battle for control of congress, a fresh YouGov survey suggests 44 per cent of voters would opt for a Democrat if the election was held today.
That compares to 38 per cent who would vote Republican, and 14 per cent of respondents who remain undecided. The November midterms will be a referendum on Trump’s impeachment Billed as the first big referendum on Donald Trump’s first two years in office, the midterms have the potential to change the country’s political landscape. Democrats have consistently led in the polls since the election of Trump, though the gap appears to have swung wildly in recent months.
In January, Democrats led Republicans in a generic ballot by a huge 12 per cent. By April the lead was down to just 4 per cent, according to an ABC News and Washington Post poll. Currently, men favor the Republican Party over the Democrats by one percentage point, whereas women prefer the Democratic Party by a margin of 11 per cent.
The GOP holds an 8 per cent lead over Democrats among white voters, but the tables are turned dramatically among ethnic minorities. Four out of five black people would vote Democrat, the poll suggests, compared to just 10 per cent who would opt for a Republican. Hispanics also favor Democrats by a margin of more than two-to-one.
The YouGov poll randomly selected 1,500 US adults, more than 1,200 of whom are registered voters. The organization said the survey has a margin for error of 3 per cent. Currently, Trump’s Republican Party controls both the House of Representatives and the Senate. In the House, 435 seats are up for election in the forthcoming midterms.
The Republicans in that chamber currently hold 238 seats. The Democrats have 192.  There are 35 seats up for grabs in the Senate. The Democrats need to defend 26 seats they already hold and win two extras in order to take control of the chamber.
In other hand, In recent days, many articles on the 2020 presidential election in the United States are published. Some analysts believe that Trump will have a difficult path in pursuit of his rival candidate, while others believe he will eventually be elected as President of the United States. However, analysts and U.S. citizens seek to assess and measure the outcome of the presidential election, while there are still two years left until the presidential elections in the United States!
It should not be forgotten that, in the 2016 presidential election, Trump didn’t really succeed in defeating his rival Hillary Clinton, and she has won the popular vote by more than 2.86 million ballots. However, Trump moved to the White House based on the Electoral College (which is an example of an objective violation of democracy in the United States).
Trump has now received news on his declining popularity with American citizens in important and determining states. Under such conditions, most American analysts don’t predict a good, stable political future for their controversial president!
What is certain is that Trump will not have an easy path to win the upcoming presidential election. Public opposition to the policies of Donald Trump, the controversial president of the United States, is still on the rise. Polls conducted in the United States indicate that many of the American citizens who voted for Donald Trump in the 2016 presidential elections, are now regretting their choice.