Tehran (Basirat) : The United Nations General Assembly's meeting in New York uncovered Washington's isolation in the international system even more than before. The unilateralism of the United States and its illegal approach towards international agreements (e.g. its withdrawal from the Joint Comprehensive Plan of Action) were criticized by our president at the UN. 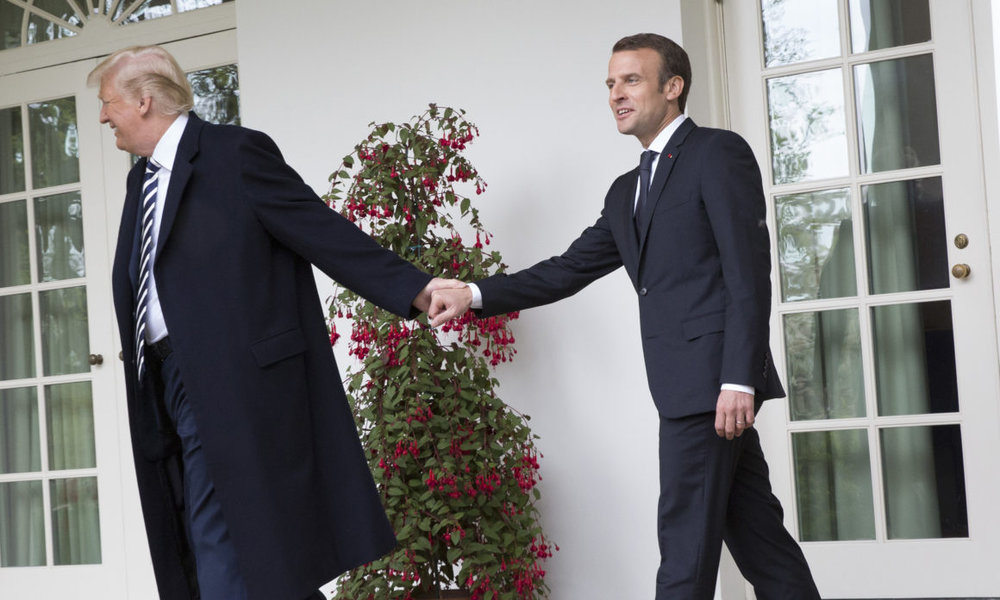 Trump, along with Nikki Haley, Mike Pompeo and John Bolton, started a psychological and propaganda campaign on the Iranian government's request for holding negotiations with the White House. But this approach failed to depict Iran's need for the United States as a proposition in the minds of the addressees. It has reached the point where even so many American media were skeptical about Trump's claim over Iran's request for holding talks with the United States.
Undoubtedly, the president of the United States is the main loser of the UN General Assembly in New York. Donald Trump's remarks at a UN General Assembly meeting raised the laughter of the audience, and this was followed by the regret of many American analysts. They noted that Trump's presence at the White House means the "international isolation of the United States."
The fact is that Trump's speech at the United Nations General Assembly had kind of domestic function. Regarding the decreasing popularity of Trump and the Republicans in some of the major U.S. states (which put them on the brink of defeat in the Congress elections) and the escalation of the international community's opposition to the U.S. government, made the U.S. President to use the UN tribune to deliver just another speech for the American citizens.
Applying terms such as the "stronger U.S." and the "safer World" reminds us of the 2016 presidential race. Trump tried to revive these abstract concepts on the verge of the U.S. mid-term elections in the minds of American voters. Therefore, in analyzing his remarks, his audience should not be limited to the international players and members of the United Nations General Assembly.
Another point which should be taken into consideration here is about Trump's attempts to move forward in the hearts of paradoxes: On the one hand, he uses the worst terms addressing our country, and speaks of economic sanctions on Iran. On the other hand, he doesn't conceal his interest in negotiating with Iran!
In a similar approach, he addresses raises disagreements in NATO through the application of protectionist policies towards the European Union and China. The U.S. president also claims that ISIL was destroyed in Syria and Iraq (by the United States)! However, the existing evidences indicate that the United States had supported ISIL and the terrorist and takfiri groups to the last moment of their life; the groups that were created by no one but the former U.S. government.
Even now, the White House remains to be the main shelter of the takfiri groups in the West Asia region. Trump also said that Saudi Arabia and the UAE were trying to put an end to the Yemeni war, without revealing the destructive role of Washington in waging this war and killing the innocent people in Sana'a, Aden, and elsewhere.
Trump knows well that he has to officially announce Washington's defeat in West Asia sooner or later. It's not without a reason that he called the U.S. military presence in West Asia useless about a month ago! Trump is now setting the ground for directing the U.S., and the international public opinion for America's defeat in Yemen and Syria.
France dual approach in the UN General Assembly is another issue that should be regarded carefully. French President Emmanuel Macron has recently had lots of ups and downs! On the one hand, he had secret dealings with Trump's government over current issues in the region (especially over Syria and Iran), and on the other hand, he is trying to enter international equations as an independent leader.
At this point, Macron tried to challenge Trump's speech at the United Nations General Assembly, and expressed regret that the U.S. president introduced "nationalism" as a basis for his actions towards the international community. It remains unclear, however, whether other European players would be willing to accept him as their leader in today's complicated conflicts.
The CNN has recently reported that "French President Emmanuel Macron delivered a fiery rebuke of U.S. policies under President Donald Trump at the UN General Assembly Tuesday, signaling that he is ready to take up the mantle of global leadership usually assumed by a U.S. leader."
It continues; "At times directly referring to the U.S., Macron rapped the Trump administration for its policies on Iran, climate change, the UN, migration and Mideast peace, among others."
The report adds on that the 40-year-old French leader also took direct aim at the central theme of Trump's speech earlier in the day, in which the U.S. President focused on sovereignty and emphasized his administration's intent to distance itself from international agreements and groups.
"I shall never stop upholding the principal of sovereignty," Macron told the General Assembly, which draws more than 120 world leaders each year. "Even in the face of certain nationalism which we're seeing today, brandishing sovereignty as a way of attacking others."
But unlike Trump's emphasis on the importance of countries' independence, Macron offered a different vision, one that earned him sustained applause when he was done.
"Only collective action allows for the upholding of the sovereignty and equality of the people in whose name we take action," Macron said. "This is the reason we must take action against climate, demographic and digital challenges. No one alone can tackle these."
Undoubtedly, there is a huge gap between the French authorities' speeches and actions about the necessity to be committed to multilateralism. This same paradoxical approach has made it impossible to mention Emmanuel Macron as a powerful politician in the international system.