Successful reformation in Saudi Arabia far from a sure thing

TEHRAN(Basirat): As Aramco’s public offering has been halted, so has the hope in Saudi Arabia’s economic reforms, which according to the young Crown Prince of the country, were intended to fulfill the Arab dream. Saudi Aramco, officially the Saudi Arabian Oil Company, is one of the largest companies in the world by revenue and the most profitable worldwide. 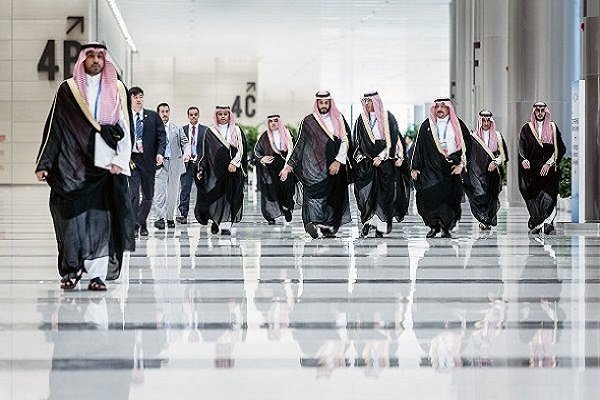 While Saudi Arabia has been trying to provide domestic opportunities for its citizens, policies have proven ineffective. In addition, the country has also failed to achieve positive results with its military adventures in other countries. The Saudis’ war on Yemen and the blockade of Qatar have been examples of failed regional policies over the last few years. The interventions have been costly to the House of Saud and have reduced the country’s financial and military capabilities while Crown Prince Bin Salman is not even halfway through with his economic reforms, the so called ‘Vision 2030’ plans. The slow implementation of social reform, which is more like a mere "showcase policy”, is a proof of the unrealistic nature of the reforms as they lack conformity with Saudi Arabia’s traditional social structures.

It is clear that the creation and pursuit of economic development requires some preconditions, such as political development and the approval of religious institutions which Saudi Arabia has yet to gain. Lack of human capital in the country, which is considered the engine of economic development, along with other factors, has delayed the implementation of economic change and dynamism. The use of a foreign labor force (immigrants) can also be a security challenge for Saudi Arabia.

The fast-paced implementation of economic reforms in Riyadh without proper infrastructure and consideration to social, political and religious structures confirms a lack sufficient management expertise.

Some experts even believe that the growing domestic oil consumption in Saudi Arabia will take its toll on the country, and by 2030 the country may have to import oil. And apart from the future of reforms, Saudi policies towards its regional neighbors can blur the vision of the country and make real change unattainable.

Although Saudi Arabia has tried to implement a moderate foreign policy, its presence in proxy wars, such as in Iraq, Afghanistan, Lebanon, Yemen and Syria, and rivalry with Iran, have not helped Saudis’ strategic role in West Asia. Also, the Saudi government's violent crackdown on internal opposition, including the execution of a female journalist and civil rights activist, indicates that the Saudi regime is not prepared to permit its citizens freedom of expression. At the same time, Riyadh is facing a crisis of succession in the royal family.

Still, Bin Salman enjoys foreign support for his alleged reforms in Saudi Arabia. The White House, as the main supporter of the reforms, has replaced the new Crown Prince with his father in a position to try to foil the West Asian security belt, including Iran, Lebanon and Syria, and to prevent Iran’s hegemony in the region.

Riyadh is also faced with several important legal cases, including the formation of an international research group on crimes in the Yemen war. Qatar has mounted a legal case against Saudi Arabia's boycott, and there are reports from research centers on the role of Saudi Arabia in terrorist attacks throughout the world.

Thus, the agenda so far for economic and social reforms has not yet been a success. Primitive, traditional norms have been hard to reform or abolish.

Washington meanwhile knows well that any instability in Saudi Arabia can jeopardize its energy security, whether it results from a top-down reform of government, the death of King Abdullah, or the failures of the political, economic and social changes desired by the people of Saudi Arabia. Both Saudi Arabia and the U.S. are making every effort to prevent instability in Riyadh, as it can shift the balance of power in favor of Iran and its regional allies. Saudi Arabia, with foreign support, continues to reinforce its showcase reform ideas which still may not overcome tradition. Any effort to reform Saudi society without sound political development is bound to fail and create division. It will lead to the collapse of Saudi Arabia from within and the emergence of the Arab Spring or, more realistically, the Islamic awakening in this country.