Pilgrims on the way to Karbala

TEHRAN (Basirat) : More than 1.1 million Iranians have applied for visa to attend Arbaeen pilgrimage 2018, head of Hajj and Pilgrimage Organization has said. 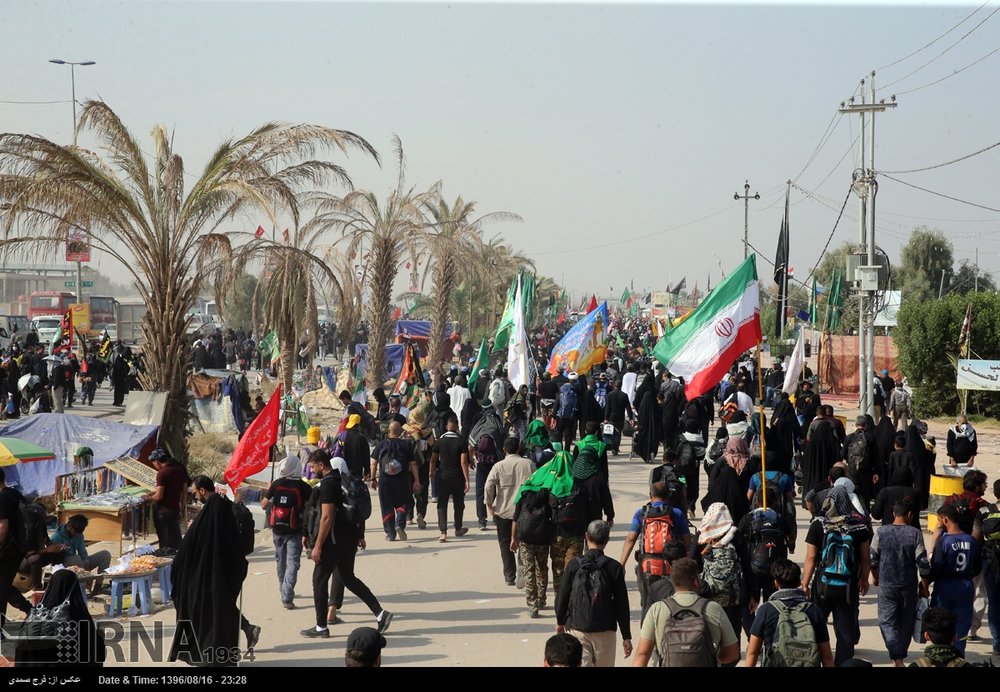 All those interested in joining the spiritual journey to Iraq can apply for visa online twenty four-seven, YJC quoted Hamid Mohammadi as saying on Thursday.
It was also announced on Tuesday that so far over half a million visas are issued for the pilgrims to travel to Karbala.
Arbaeen pilgrimage, also known as Arbaeen trek, is a rituals participated by hundreds of thousands of Shia and Sunni Muslims as well as Christians and Zoroastrians, etc. every year to mark the end of the 40-day mourning period of Imam Hossein (AS).
Every year pilgrims start their walk from various cities to the holy shrine of Imam Hossein (AS) in Karbala days or even weeks before Arbaeen- 40th day of Imam Hossein (AS) martyrdom- to grieve the doleful passing of the Imam and his loyal companions at the Battle of Karbala on Muharram 10 in the year 61 AH (680 CE).
Source:TehranTimes