TEHRAN (BASIRAT) :Saudi Arabia has sacked a top general and arrested several people after confessing that dissident journalist Jamal Khashoggi was murdered in the Turkish city of Istanbul. 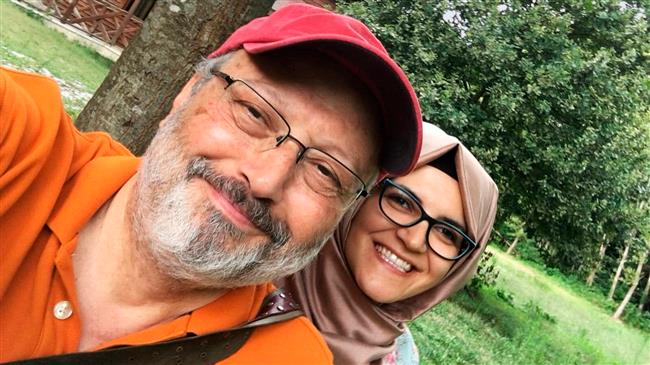 In a Friday announcement, Saudi Arabia said that the preliminary results of its investigation indicate Khashoggi had been killed in a "fight with people who met him in the Saudi consulate in Istanbul.”
According to Saudi state TV, the Kingdom has relieved Ahmad al-Assiri, a top general and close aide to Saudi Crown Prince Mohammed bin Salman, from his duties in the General Intelligence.
Saudi King Salman has also ordered the formation of a ministerial committee with the Saudi crown prince as head to restructure the General Intelligence Agency.
Reuters quoted a person familiar with the Saudi investigation of Khashoggi’s death as saying that no orders had been issued to kill or kidnap him, but there is standing order from the General Intelligence Presidency to bring critics back to the kingdom.
The source said orders were "aggressively interpreted" and subsequent instructions were "more and more unspecific" resulting in death and attempt to "cover it".
It also noted that the Saudi consulate driver was among those who handed over the body of the dissident journalist to a "local cooperator"; however, it is not clear what has happened to the body.


In addition to al-Assiri, Saudi Arabia also dismissed four other senior officials, including Saud al-Qahtani, a top adviser to the royal court.
Shortly after news of his arrest, users on Twitter found and reposted a 2017 tweet by al-Qahtani, in which he said, "You think I'm acting on my own? I'm just an employee and a faithful servant to my King and his royal highness the crown prince."
وتعتقد اني اقدح من راسي دون توجيه؟ انا موظف ومنفذ أمين لأوامر سيدي الملك وسمو سيدي ولي العهد الأمين.
— سعود القحطاني (@saudq1978) August 17, 2017
US ‘saddened’ by news of Khashoggi’s death
Meanwhile, the White House has acknowledged the Saudi announcement, saying the US is "saddened" by the confirmation of the journalist’s death.

Trump says he won't rule out sanctions against Saudi Arabia over Khashoggi.
It also said Washington will be closely following the international probe into the incident, and will advocate for justice that is timely, transparent, and in accordance with all due process.

UN Secretary General Antonio Guterres also reacted to the Saudi announcement, saying he was "deeply troubled" by the confirmation of Khashoggi’s death, a UN spokesman said.
The spokesman also said Guterres "stresses need for prompt, thorough, transparent investigation” into circumstances, and full accountability for those responsible.”