What mainstream media tells you about Iraq is lie

TEHRAN(Basirat): When reading about Iraq in the mainstream media, we are often told how Iraq is a sectarian Islamist society, how religion has damaged the country, and that the Iraq war against the terrorist group Daesh was a Sunni vs Shia sectarian civil war. After visiting the country this month, I discovered for myself just how much of what the mainstream media tells us about Iraq is a lie! 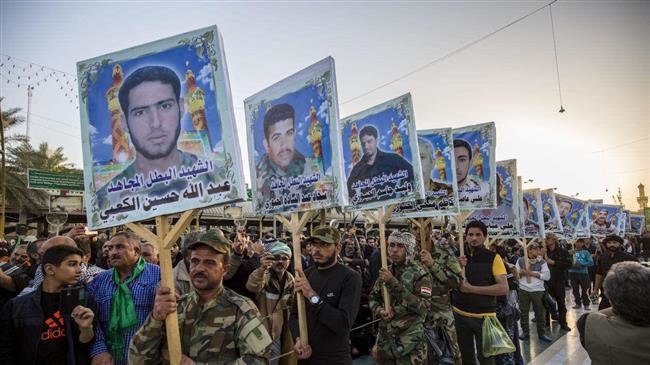 The scars of the conflict are highly noticeable. Many of the wounds of war have yet to heal. The most noticeable evidence of this, which I saw throughout my journey, was the nameless faces of Iraq's martyrs who died fighting in the horrific war against the Daesh.

While driving between the cities of Najaf, Karbala and Baghdad, I could see never-ending roadside columns of long-lost loved ones looking back at me; and for all the miles of road that we drove down, there were equally miles of martyr’s posters.

I learned how Iraqis of all sects and faiths have been fighting on the front line against Daesh since 2014, yet what the Western mainstream media would have us believe is that this war was a sectarian civil war between Sunni and Shia Muslims. 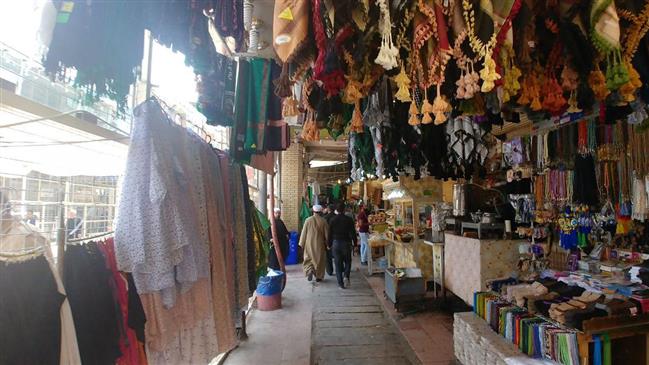 Most of the martyrs I saw were members of a volunteer army, known as the Hashd al-Sha'abi, which is routinely (and falsely) referred to in the West as a sectarian "Shia militia." These narratives, concocted in the West, are damaging to Iraq and fail to truly display what is felt on the ground in Iraq. Here I will attempt to explain.

The Popular Mobilization Forces, also known in Arabic as the Hashd Al-Sha'abi is a pro-government umbrella organization composed of some 40 militias. The Hashd came into existence following a call to arms by Iraq's top Shia cleric Grand Ayatollah Ali al-Sistani in 2014 who urged the people of Iraq to "defend the country, the honor of its citizens, and its sacred places” from the advancing Daesh.

Thousands of men signed up to the voluntary army and, according to officials at the time, up to two million Iraqis signed up to join the Hashd.

This volunteer army is made up of mainly Shia Muslim groups, but the Hashd is by no means a Shia-only group and boasts a large membership of Sunni Muslim, Christian, and Yazidi Iraqis too - a point often ignored by the Western mainstream.

The Hashd was meant to be an all-inclusive non-sectarian group from its inception. A point made clear by Grand Ayatollah Sistani's representative, Sheikh Abdul Mahdi Karbalai, who said: "It is the responsibility of all Iraqis to fight and stop these terrorists. This call does not apply to one sect or one side only.”

The Hashd went on to fight in almost every battle against Daesh in Iraq and played a decisive role in liberating the captured areas and eventually defeating the terror group.

During my tour, I met with two influential Shia clerics, Shiekh Karbalai and Shiekh Riyahd al-Hakim, the son of another Grand Ayatollah, Muhammad Saeed al-Hakim. Both keenly emphasized the role that the Iraqi religious leaders played in monitoring the behavior of the Hashd. Routine checks by representatives to the frontlines were made, and regular religious edicts were made promoting unity, restraint and humane treatment of the enemy.

Sheikh Karbalai said that the Ali Akbar Brigade, one of the volunteer fighter groups belonging to the Hashd, contained Sunni scholars in its ranks. One of those Sunni scholars was Sheikh Mohammad al-Nuri. He took part in the battle to reclaim his home city, the Sunni-majority city of Fallujah.

Speak to an audience of listeners; Sheikh al-Nuri said in a passionate and angry speech: "The sectarian narrative (peddled in the West) is a lie, and whoever said Iraqis are sectarian is a liar!

"We (Sunnis from Fallujah) gave 300 martyrs in the fight to liberate my city," he continued: "We (Sunni and Shia) stand together in peace and in war.”

The Sheikh's anger for the cost of this war no exaggeration. Virtually all Iraqi families have paid for their country’s liberation with the blood of their nearest and dearest. Women and children were also not spared from the violence, many being killed by indiscriminate car bombings or being caught up in the devastating violence which Daesh unleashes on every area it touches. 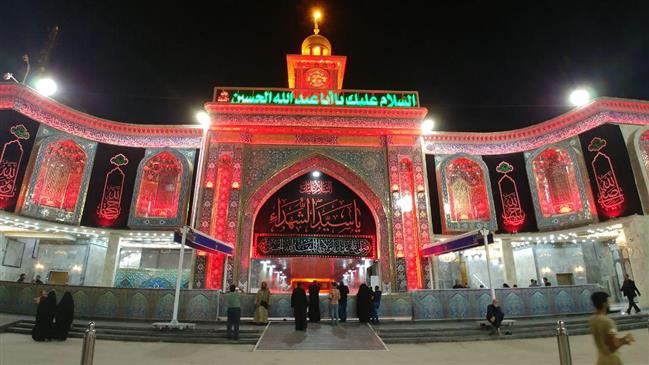 This was not a war between the Shia and the Sunni. This was a war against extremism, a battle between savages and civilized people.

Sadly the dehumanization of the Iraqis, and to a broader extent the Arab and Muslim world as a whole, has reached a stage in which most people really don’t care.

I can quite honestly say that if a car bomb goes off and kills 10, 20 or over 100 Iraqi civilians tomorrow, it will get far less attention than if an A-list celebrity in the West gets a new wacky tattoo or hairdo.

The life of Iraqis has become so cheap that it's now worth less than their own piffling dinar currency, as of today, worth only a fraction of a US cent. It’s a mainstream industry practice to peddle the cliché narrative of demonization, of dehumanization, which creates a superiority complex that ‘we’ in the West are always right and we can never be wrong.

Perhaps one of the saddest aspects of the Iraq war against Daesh is not just the unimaginable loss of life but the fact that nobody in the West could care less about the Iraqi people's sacrifice or continued suffering in the aftermath of the war.

Today, if Iraqis are lucky, they may get a brief mention on the Western mainstream channels that somewhere in Iraq a bomb went off killing some random Arab people. Even then, those reports are either met with at best a short-lived vague curiosity or at worst a yawn; for death in Middle Eastern countries has become entirely normalized and in some ways justified in the West.

The mainstream media has taught its audience that dead Arabs are no more unusual than cats catching mice, and this is a crime which "we," the West, are collectively guilty of; allowing the horror and outrage initially felt by the suffering of innocent Iraqis or any other unmentioned oppressed Middle Eastern peoples to become the new norm.

Iraqis have sacrificed and continue to do so. It’s this offering which makes the world a safer place, free from the threat of Takfiri terrorism. Isn't it time we, at the very least, made an effort to recognize this selfless sacrifice of the heroic people of Iraq and the region?

I didn't know these men in life, nor all of their names in death, there were just too many to ask about, but none the less the sight of these fallen Iraqi fighters troubled me more than the thirty plus degree heat I had to endure. 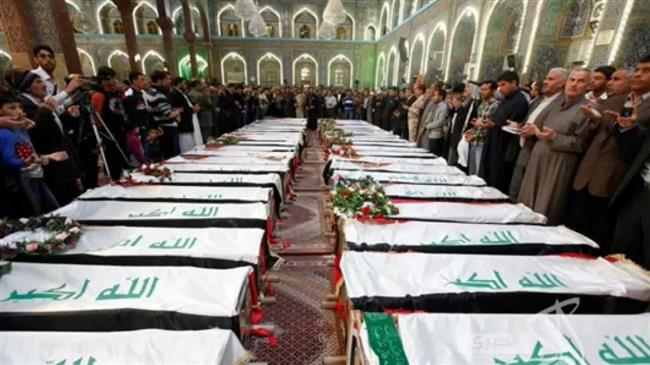 I myself am not an Iraqi, but there is something that connects me to these martyrs, something that relates all of us to them. These nameless men died fighting in a war to defeat a great evil which, if left unopposed, would have spread its deadly grip to every continent, every country and every community.

We have dedicated days in the West to remember those who died in battles which occurred in Europe over 100 years ago - can we not even spare an hour of the year for those who died fighting for such a just cause? If they were white, Western and Christian then probably yes but, alas, Iraqis are too brown, too Arab and just too Muslim for most to care.