Iranian Nation Has Upper Hand over US: President Rouhani

TEHRAN (Basirat): Iranian President Hassan Rouhani highlighted the country’s recent political achievements in international circles and the US isolation after withdrawing from the 2015 nuclear deal and said Iranians have the upper hand over Washington. 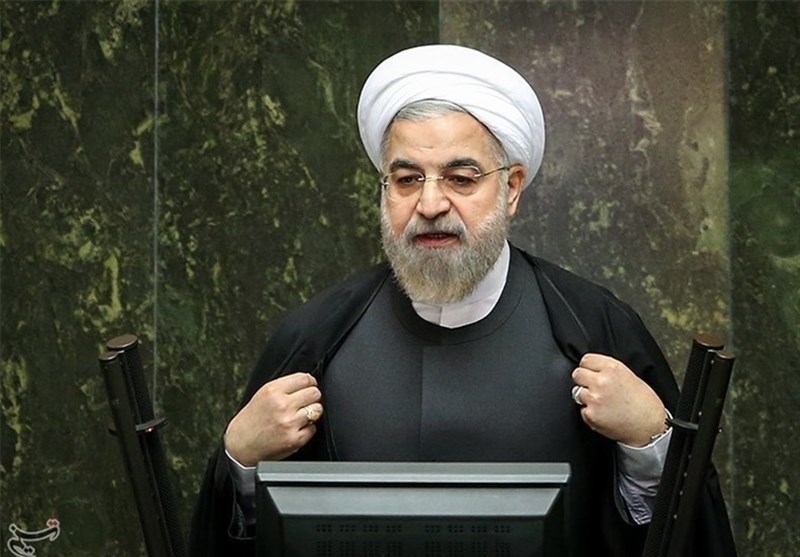 "What we have witnessed in recent weeks and months is the decisive victory of the Iranian nation against US conspiracies,” Rouhani said, addressing a parliamentary session in Tehran on Saturday.
"Undoubtedly, we have gained a rare historic victory in the world politically,” he said, adding that it is rare for the US to make a decision against a country and its traditional allies refuse to side with it.
"Our nation has the upper hand politically. The world recognizes Iran as a country that adheres to its commitments and the US as a country that does not live up to its promises and violates international regulations,” the president went on to say.
The European Union has vowed to counter US President Donald Trump’s renewed sanctions on Iran, including by means of a new law to shield European companies from punitive measures.
On May 8, the US president pulled his country out of the Joint Comprehensive Plan of Action (JCPOA), the nuclear deal that was achieved in Vienna in 2015 after years of negotiations among Iran and the Group 5+1 (Russia, China, the US, Britain, France and Germany).
Following the US exit, Iran and the remaining parties launched talks to save the accord.
Trump on August 6 signed an executive order re-imposing many sanctions on Iran, three months after pulling out of the Iran nuclear deal.
He said the US policy is to levy "maximum economic pressure” on the country.
Trump also restated his opinion that the 2015 Iran nuclear deal was a "horrible, one-sided deal”.