TEHRAN(Basirat): Germany and France have agreed to adopt a common European position regarding restrictions on weapons exports to Saudi Arabia over the murder of dissident journalist Jamal Khashoggi. 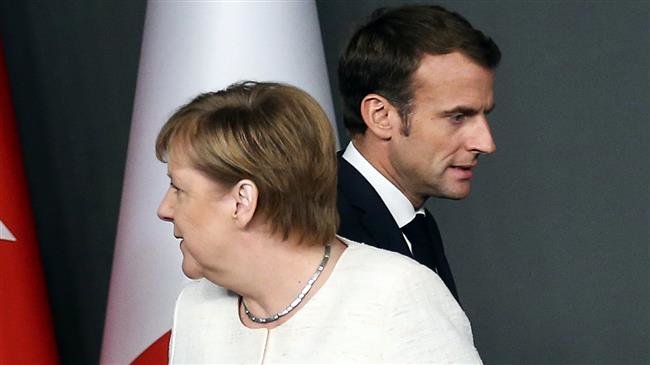 German Chancellor Angela Merkel said on Saturday that she and French President Emmanuel Macron had discussed the implications of Khashoggi's killing at Riyadh's consulate in Istanbul on October 2.


She made the remarks at a joint news conference with Macron as well as Russian and Turkish Presidents Vladimir Putin and Recep Tayyip Erdogan at the conclusion of a four-way Syria summit in Istanbul.

"We agreed that when we have more clarity, and we are counting on that, when we know who was behind this then we will try to find a unified European solution or reaction from all member states of the European Union to show that we negotiate on the basis of common values," Merkel said. 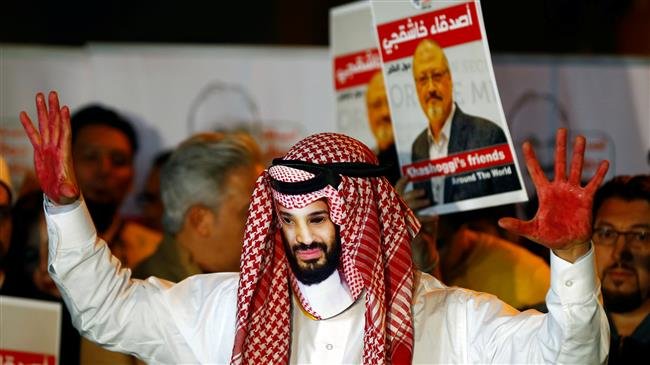 Earlier this week, Merkel had described Khashoggi's murder as a "monstrosity” and vowed to freeze all German arms exports to Riyadh until the case is "cleared up."

The delivery of weapons to Riyadh has "nothing to do with Mr. Khashoggi. One shouldn't mix everything up," Macron said.

"What is the link between arms sales and Mr. Khashoggi?" he said, stressing that it was "pure demagoguery to call for a halt" to arms sales over the killing.

Saudi Arabia was the world's biggest arms importer in 2017, according to estimates by the Stockholm International Peace Research Institute (SIPRI).

Europe and the US supply over 98 percent of weapons imported by Saudi Arabia, the SIPRI data shows.

EU states under control of US

Author and journalist Eric Walberg told Press TV that European countries can create a policy to suspend arms exports to Saudi Arabia over Khashoggi's death, but such a measure is "useless" without Washington's support.

"I know this is a trial for the EU to see if it can create a common voice and opposition perhaps to the US to create its own voice, but as I analyzed in my own writing, the EU is really not a credible alternative at this point to the US," he said.

"The European countries are basically post-modern states that are under the control of the US in terms of foreign policy. So, this would be a sharp change, if they can create a policy not to allow arms exports, but that is useless without the US on board."

Walberg also emphasized that he could not predict what US President Donald Trump would do.

"Trump as usual is vocalling. In one point, it sounds like he is going to almost cut relations with Saudi Arabia - he talks about this as the worst cover-up in history, but then at the same time he says we cannot," he said. "So, the big point is which way he will go and I can’t predict which way Trump will turn."

Khashoggi's murder has triggered a diplomatic and public relations crisis for Saudi Arabia, but it has also provided a smoke screen for the kingdom to carry on with its attacks in Yemen.

At least 24 civilians were killed in Saudi strikes on Yemen's Hudaydah province on Wednesday, but the bombings went largely unnoticed around the world.

According to the United Nations, one of the locations hit in the airstrikes was a facility where laborers were packing vegetables. 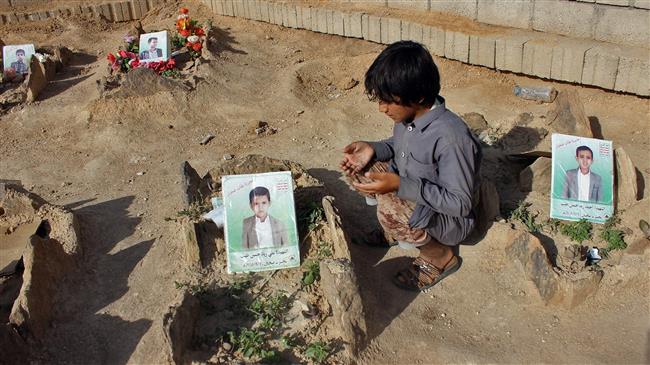 Saudi Arabia has become mired in the Yemen conflict after launching a war on the impoverished nation in 2015, which has put 14 million Yemenis on the brink of imminent famine.

The war, however, draws little international attention. According to the Yemen Data Project, Yemen was hit by at least 154 air raids in September alone.

Analysts say the Khashoggi killing was an opportunity to turn the spotlight on Saudi Arabia's broader policies, but the West is unlikely to hold the kingdom's feet to the fire at the cost of its lucrative arms deals.

"Saudi Arabia has been called out on the murder of Jamal Khashoggi more than they have been over the past years of the Yemen war," said Farea al-Muslimi, associate fellow at Chatham House, quoted by Agencye France-Presse.

Rights groups say Khashoggi's murder was given global prominence because of his role in writing for the Washington Post, but those trapped in the Saudi war are simply overlooked just because they are not as much famous.

"Each victim of an unlawful Saudi coalition strike in Yemen is as worthy of concern as a Washington Post columnist," said Kristine Beckerle, Yemen researcher for Human Rights Watch.

"A groom and his wedding party. A child locked in jail. Villagers digging a well. Crowds shopping at a market. All killed or wounded in bombings by the Saudi-led coalition," she said.

"None of these apparent war crimes in Yemen were able to provoke the type of international outrage that the murder of Khashoggi has these past few weeks," she added.

"It’s very disturbing that despite everything that has happened there, interest is declining while the situation is getting worse,” he told The Independent.

"The UK is involved but it is a blind spot. Somehow we need to make the public realize there will be blood on the administration’s hands,” he added.

Vaz said while Khashoggi’s death is "appalling”, "this is one man but 10,000 have died and we’ve not even had that kind of interest.”

According to the SIPRI figures, Saudi Arabia took nearly half of the UK's arms exports in 2017.