TEHRAN (Basirat) : Iran’s Parliament Speaker Ali Larijani criticized US President Donald Trump for his unacceptable behavior, which he said has caused uncertainty in the international arena. 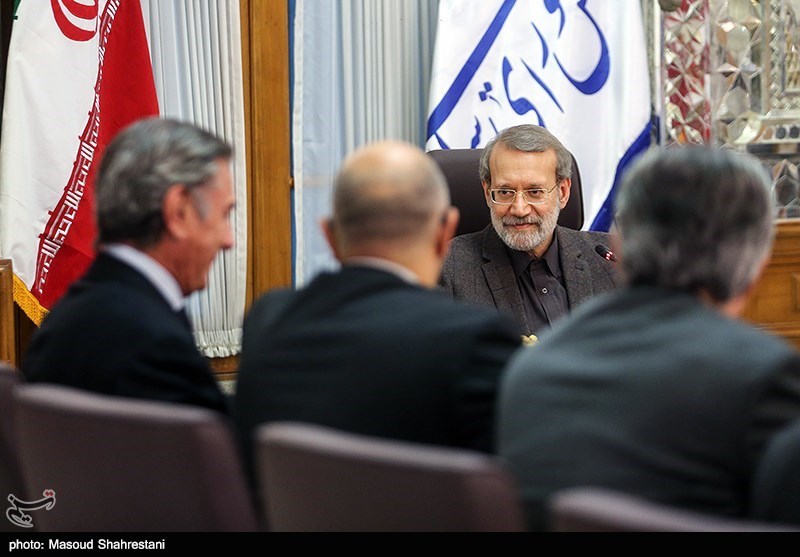 The international situation has become uncertain due to Trump’s manners, Larijani said in a Saturday meeting with Fernando Affonso Collor de Mello, a senior Brazilian senator who  served as the 32nd president of Brazil from 1990 to 1992.
In the meeting, held in Tehran, Larijani said the US president has angered Europeans with his economic war, concerned Russians by threatening to withdraw from the Intermediate-Range Nuclear Forces Treaty (INF), and upset the world by pulling out of the Paris climate deal and the 2015 Iran nuclear deal.
Deploring the US "adventurist” behavior in dealing with the Joint Comprehensive Plan of Action (JCPOA), Larijani said the Trump administration’s policy on the JCPOA is more like a game and that he wrongly believes that he could upset the conditions in Iran.
Trump is not familiar with history and needs to be given advice, the Iranian speaker added.
He further lauded Brazil for its supportive stances towards Iran on the nuclear deal, saying Tehran and Brasilia could expand trade, industrial, agricultural and banking relations.
For his part, the visiting Brazilian senator voiced his country’s willingness to boost ties with Iran.
Collor de Mello underlined that Brazil, together with other BRICS nations –including Russia, India, China and South Africa- stands with Iran against Trump, who has no respect for international regulations.
The world should not remain silent to bullies like Trump, he added, calling for the United Nations’ more serious measures against the US policies.