TEHRAN(Basirat): In a bid to ratchet up pressure on Tehran, the United States appears to be preparing to level a new allegation against Iran, claiming that country is not abiding by the 1997 Chemical Weapons Convention. 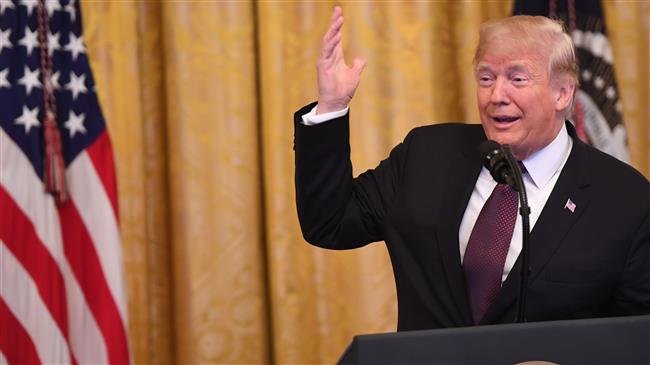 Two US officials have said that the Trump administration will announce Monday that Iran is in non-compliance with the treaty outlawing the production, stockpiling, and use of chemical weapons and their precursors.

The announcement does not seek to allege that Iran has used chemical weapons but rather that it has maintained facilities and equipment which can be used for their production, apparently referring to Iranian production of fertilizers for agricultural use.

Although the claim does not carry immediate American penalties, it could be used to lodge an anti-Iran complaint with the Hague-based Organization for the Prohibition of Chemical Weapons (OPCW).

Many Iranians are still suffering from the effects of chemical weapons used by former Iraqi dictator Saddam Hussein, who was backed by the US and Europe during his eight-year war on Iran in the 1980s.

At the time, repeated use of chemical weapons by Saddam against Iranian troops and civilians was met with the deafening silence of the West.

In 2014, the wartime chief of the Iranian ministry responsible for military procurement Mohsen Rafighdoost confirmed that a fatwa issued by the late founder of the Islamic Republic Imam Khomeini prohibited the use of chemical weapons.

Under the Trump administration, Washington has taken an increasingly hostile approach toward Tehran. Iranian officials have said the US measures are tantamount to an economic war on Iran.

Back in May, Trump withdrew his country from the 2015 Iran nuclear deal, called the Joint Comprehensive Plan of Action (JCPOA), in defiance of international objections.

Since then, the US has unleashed its "toughest ever" sanctions against Iran. It has also warned of severe penalties for the companies that evade the bans and engage in business with Iran.

Iran has stressed that the American pressure campaign and oppressive sanctions will definitely fail as government institutions have been "firmly standing up against the US.”