Imam Khomeini changed the world for the better: German activist

TEHRAN(Basirat): Imam Khomeini not only changed the Muslim world, but he also changed the entire world for the better through his movement, says Jurgen Grassmann, a Shia German peace activist based in Berlin. 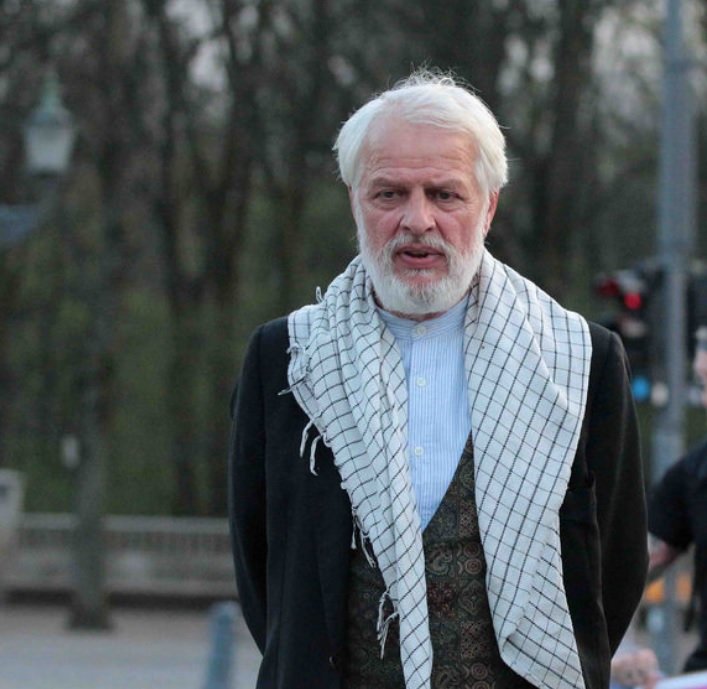 Grassmann made the remarks in an interview with the Tehran Times on the sidelines of the 32nd International Islamic Unity Conference in Tehran on Sunday.

"Imam Khomeini woke up the Islamic Ummah, not just the Shia Muslims, but even the Sunni Muslims,” said Grassmann, who had attend the conference in Tehran.

He said despite more than a thousand years of Islamic distortion through Wahhabism and other dogmatic ways, Imam Khomeini made Islam the right way.

"He established velayat-e faqih (rule of the supreme jurisprudent) and that’s why Iran is the only Islamic country in the world,” he remarked.

The peace activist said he is very proud of the Islamic Republic of Iran because of its Islamic nature.

The Islamic Republic is also a truly democratic country whose regional and international policies are commendable, he added.

Grassmann also said he regularly visits Iran to attend similar events and has developed a special liking for the Islamic Republic because of velayat-e faqih. "Without velayat I will never come to Iran again.”

"Velayat is the only path in this world that I can follow deeply,” he said, describing velayat-e faqih as the most important point in the Islamic world.

Following Ayatollah Khamenei should be the first priority for all Muslims, Grassmann suggested.

Asked about his take on the first day of the conference, he said President Hassan Rouhani’s speech was the best and also the most important one made in the conference.

"Mr. Rouhani tried his best and although I am not a follower of him, I should say that he made the best speech at the conference,” he stated.

He further praised the event for gathering lots of people from around the world, but added that the number of participants is not that important. Instead, he said, such a conference should focus on attracting a much more diverse crowd.

On the most significant problems that the Muslim world is facing today, Grassmann hinted at the destructive policies of the Zionist regime, the U.S. and Saudi Arabia, calling on all Muslims to spare no efforts to free Mecca, Medina and Palestine, which he described as the three key places for Muslims.

"The Zionists work and plan for the future. I’m sure they know that Saudi Arabia will not exist so long, because they (the Saudis) are too stupid. And that’s why we should liberate Mecca, Medina and Palestine, since they belong to us,” he said.

He added that the Saudi rulers are just a family of gangsters and non-believers, who have created their own nonsensical version of Islam in Saudi Arabia.

"Who created terrorism?” he asked rhetorically in response to a question about the threat of terrorism. "Everybody knows; terrorism is built one hundred percent by America, Israel and Saudi Arabia,” he explained.

Pointing to the future of the Islamic world, the German activist said young people need to take the wheel and build a better future through a revolutionary mindset.

"For me, Islam has to be revolutionary, especially in this era,” he concluded.