TEHRAN (Basirat): The Communication Coordinator for the International Committee of the Red Cross (ICRC) in Yemen Mirella Hodeib said that only 45% of health facilities are functioning in Yemen, while around 14.8 million Yemenis lack access to basic healthcare. 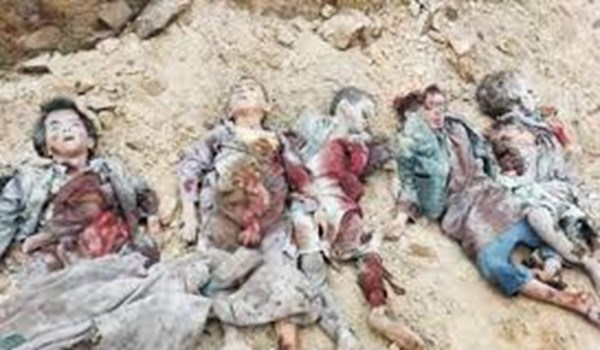 Ms. Hodeib, in an exclusive interview, said that according to UNOHCHR, 16,200 Yemeni civilians have been killed since the start of the Saudi aggression against Yemen in March 2015.

A former journalist, Mirella Hodeib has been serving as the Director of Communications for the ICRC in Yemen since February 2018.

FNA has conducted an interview with Mirella Hodeib about the deteriorating humanitarian situation in Yemen which is the direct result of the Saudi-led war on its Southern neighbor, and is getting worsened by the Saudi-Emirati food blockade against the war-torn country.

Q: How many Yemeni civilians have been killed in the war?

A: UN agencies have more oversight when it comes to casualties. According to UNOHCHR, for example, the Yemen conflict left 16,200 civilian casualties since March 2015.

Q: How many times the Saudi-led coalition has attacked hospitals and medical centers in Yemen? Please elaborate on damages and tolls.

A: Over the past years, violations of International Humanitarian Law (IHL) have been happening across the board in Yemen. All parties to this conflict, and States supporting them, need to more effectively consider the situation of the population during the planning and execution of military action in order to better respect and protect civilians. All parties must guarantee that all measures are taken to protect civilians and civilian infrastructure. That’s why the International Committee of the Red Cross has called on all parties to the conflict to ensure the safety of the civilian population and civilian objects, including medical facilities and medical staff. Under IHL, the civilian population, medical personnel, ambulances, medical facilities schools, prisons but also water and electricity plants must be respected and protected in all circumstances, and the work of medical personnel must be facilitated.

Q: How many wounded people or patients need help and why they cannot leave Yemen for treatment?

A: Difficulty of movement in and out of the country but also within the country has had a direct impact on access to healthcare to the population. The impact of the conflict on medical facilities and essential infrastructure is worsening the humanitarian consequences for Yemenis. Only 45% of health facilities are functioning and 14.8 million people lack access to basic healthcare. Reports of cases of all kinds of preventable diseases re-emerging including cholera, meningitis, measles and diphtheria are yet another reminder of the incapacity of Yemen’s health system to cope with ever increasing needs.

Q: Does Saudi Arabia - as the leader of the Arab coalition and starter of war - respect the humanitarian aspects in the war? Does it cooperate with the international human rights and medical organizations?

Q: Why do you call Yemen crisis as the biggest humanitarian crisis in recent years? What is its difference with other crises?

A: Civilians have paid the heaviest price for the conflict. Yemenis face war, hunger and diseases. Indebted and vulnerable, millions across Yemen survive on one meal per day. Every day many Yemeni families must choose between food and medicine. The humanitarian situation in Yemen is catastrophic. Almost every aspect of daily life has been affected by the conflict – fuel and food prices, access to clean water and the ability to move around. More than 75 percent of the population is in need of aid.

Q: How is the situation of people's food reserves and nutrition? What do they eat?

A: Difficulties of imports to get into the country and move around within the country but also the drastic increase of prices – more than 30 percent over the past couple of months - for basic commodities such as rice, lentils, cooking oil, milk and sugar puts food security on shaky grounds. Yemeni families have lost sources of income and exhausted meager savings many survive on one meal per day. In settlements, some families find nothing to eat; they survive on small portions of rice or flour.

Q: Do you, as a Red Cross official, have instruments to improve conditions in Yemen? Have you raised the crisis in Yemen with the international bodies or are you trying to do so?

A: ICRC’s assistance has been provided in the first place, to the most vulnerable groups of the population – conflict-affected residents and displaced people, and detainees, mine victims - and to medical facilities as well as water corporations. This year in Yemen, ICRC-supported primary healthcare centers treated more than 207’000 patients, while ICRC-supported hospitals treated 14,000 war wounded. Internally displaced, host communities and returnees benefited from ICRC and Yemen Red Crescent support for helping cover their daily needs. More than 500’000 people (71’428) households met some of their dietary needs with food parcels – which included nutritional supplements for malnourished children and pregnant or lactating women. In addition, more than 4’000’000 people in total had a stable supply of clean water, and were less at risk of contracting water-borne diseases, as a result of ICRC projects, which included capacity-building initiatives for local actors. However, it is important to mention that Humanitarian aid will not solve the humanitarian crisis. Humanitarian agencies can neither feed millions of Yemenis nor provide for the healthcare and other needs of the entire country. The ICRC will continue to call for robust political efforts to be exerted to bring an end to the conflict and end the suffering for millions of Yemenis.