Tehran (Basirat) :The senior spokesman of the Iranian Armed Forces says the country will continue to test and develop its missiles in line with its deterrence policy despite adversarial positions taken on this issue by US officials. 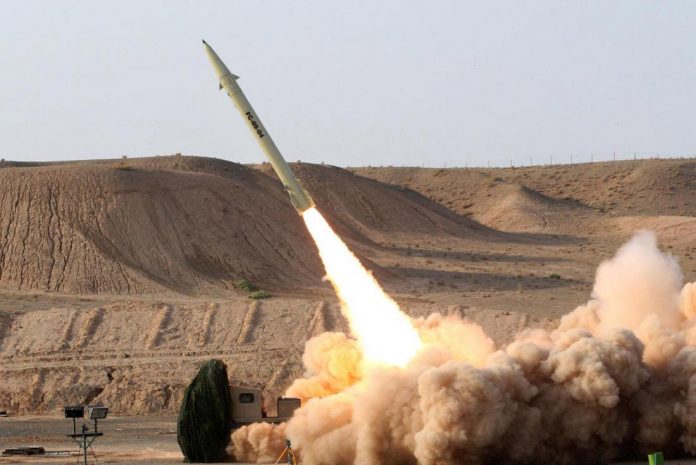 "Missile tests and the overall defensive capability of the Islamic Republic are for defense [purposes] and in line with our country’s deterrence [policy]…We will continue to both test and develop missiles," Brigadier General Abolfazl Shekarchi said on Sunday, adding, "This issue is outside the framework of any negotiations and is part of our national security. We will not ask any country's permission in this regard."
Iran assured regional countries that the Islamic Republic casts no eye on the interests of other countries, the commander said and added that such measures are only in line with boosting the country's deterrent and defense power.
Shekarchi made the remarks in reaction to an earlier allegation by US Secretary of State Mike Pompeo in a post on his Twitter account, claiming that Iran has "just test-fired a medium range ballistic missile" in violation of the United Nations Security Council Resolution 2231.
Pompeo condemned what he described as "growing" Tehran's "missile testing and missile proliferation," and called upon the Islamic Republic to cease these activities.
UN Security Council Resolution 2231 enshrined the 2015 international nuclear agreement, officially known as the Joint Comprehensive Plan of Action (JCPOA), from which Washington has withdrawn under the pretext that it should have included Iran's missile program as well.
Under the deal, reached between Iran and six major powers -- the United States, Britain, France, Germany, Russia and China -- Tehran agreed to put limits on its nuclear program in exchange for the removal of nuclear-related sanctions.
Earlier on Sunday, Iranian Foreign Ministry Spokesman Bahram Qassemi rejected Pompeo's claims against Iran's missile capabilities, saying the program is defensive and does not violate the international agreement on Tehran's nuclear program.

Iran has rejected US claims against its missile capabilities, saying the program is defensive and does not violate the international agreement on Tehran's nuclear program.
"Iran's missile program has a defensive nature and is designed according to the needs of the country," Qassemi added.
Iran's Defense Minister Brigadier General Amir Hatami also said on Sunday that the Islamic Republic is currently one of the world’s topmost missile powers despite being subject to severe sanctions during the past 40 years.