Tehran (Basirat) :Members of the Organization of the Petroleum Exporting Countries (OPEC) on Friday agreed on a cut in their oil production level but exempted Iran from the reduction. 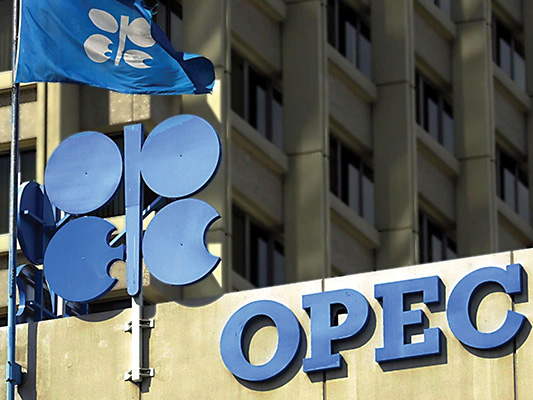 Kazem Gharibabadi, the Iranian ambassador to the UN office at Vienna, told reporters the diplomatic victory was achieved thanks to the resistance of the Iranian delegation attending the OPEC talks in Vienna.
Elaborating on the details of the deal, he said the OPEC members are supposed to cut their output by 800,000 barrels and non-OPEC members by 400,000 barrels.
The output cut will take effect as of January 2019, he added.
OPEC had tentatively agreed an oil output reduction but was reportedly waiting for Russia to declare its commitment before deciding the exact volumes for a cut aimed at propping up crude prices.
Russian Energy Minister Alexander Novak flew home from Vienna Thursday for talks with President Vladimir Putin in St Petersburg. He return to Vienna on Friday for discussions among OPEC and non-OPEC allies.
"We hope to conclude something by the end of the day Friday … We have to get the non-OPEC countries on board,” Saudi Energy Minister Khalid al-Falih had told reporters Thursday.
"If everybody is not willing to join and contribute equally, we will wait until they are,” he said.
Asked whether OPEC could fail to reach a deal, Falih said all options were on the table.
His comments came after Iran’s Oil Minister Bijan Zangeneh said Tehran will not involve itself in any deal over OPEC production levels as long as it remains under the illegal US sanctions.