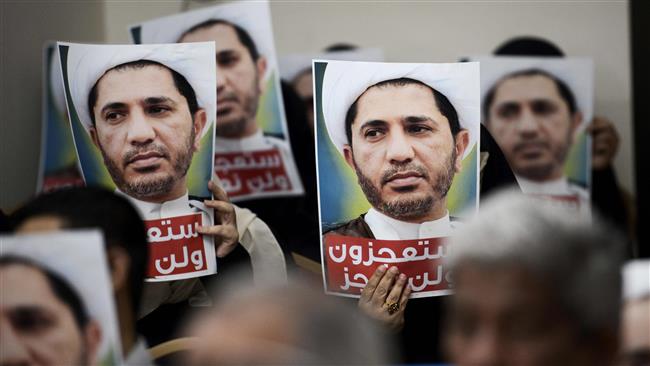 The funds are linked to the Shia practice of Khums - a tax dating back to early Islam which followers pay to their highest religious authorities of their own free will for use in charities and other donations.
PressTV reports:
In a statement, four senior clerics stated that Khums represents a pillar of the Shia faith that has been collected as a duty for hundreds of years to spend in the service of Islam.

"The targeting of this duty under any name targets the sect, and amounts to a blatant assault on the freedom of sectarian practice which is guaranteed in accordance with the... Constitution and all international charters," the statement said.

It also comes after reports about an investigation of two Islamic charities linked to al-Wefaq and a bank account in the name of Ayatollah Isa Qassem, the country's most senior Shia religious authority.

Bahrain, where the US Fifth Fleet is based, has been rocked by mass protests since 2011.

Shia Muslims, widely believed to constitute the majority of the country's 1.35 million population, have long complained of being discriminated against by the ruling Al Khalifah family.

Al-Wefaq’s Secretary General Sheikh Ali Salman has been in prison since December 2014 on charges of attempting to overthrow the regime and collaborating with foreign powers, which he has denied.

Since February 2011, thousands of anti-regime protesters have held numerous demonstrations on an almost daily basis in Bahrain, calling for the Al Khalifah family to relinquish power.

In March that year, troops from Saudi Arabia and the United Arab Emirates were deployed to the country to assist the Bahraini government in its crackdown on peaceful protests.

Scores of people have been killed and hundreds of others injured or arrested in the Bahraini crackdown on the anti-regime activists.