The U.S. Senate's role in the killing of Yemeni children

TEHRAN(Basirat): The U.S. Senate voted on Thursday to end American military assistance for Saudi Arabia’s war in Yemen. This was reported by the media as the strongest show of bipartisan defiance against Trump’s support for the Saudi family over the killing of Jamal Khashoggi, the Saudi journalist who was against bin Salman policies. 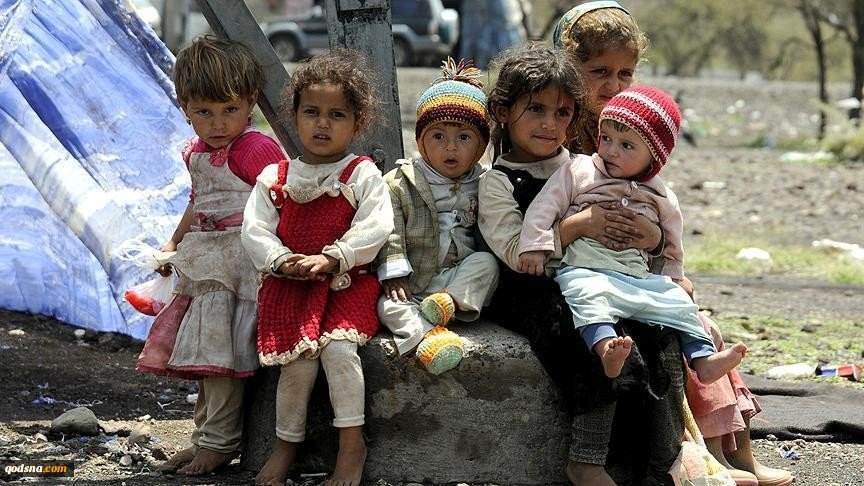 Accordingly, the New York Times wrote; "The 56-to-41 vote was a rare move by the Senate to limit presidential war powers and sent a potent message of disapproval for a nearly four-year conflict that has killed thousands of civilians and brought famine to Yemen. Moments later, senators unanimously approved a separate resolution to hold Crown Prince Mohammed bin Salman of Saudi Arabia personally responsible for the death of the journalist, Jamal Khashoggi."

It continues; "Together, the votes were an extraordinary break with Mr. Trump, who has refused to condemn the prince and dismissed United States intelligence agencies’ conclusions that the heir to the Saudi throne directed the grisly killing."

Although the U.S. Senate has initially approved the draft resolution, it seems that the American representatives are currently unwilling to put it into effect! On the other hand, Republican representatives in the House have announced that they would prevent the realization of this resolution so that the United States would be able to go on with exporting arms to the Saudi regime.

Firstly and most importantly, the Yemeni war began at the time of Barack Obama's presence in the White House. In April 2014, this harsh and unequal battle was raised by Democrats who claimed to be traditional supporters for peace the Human Rights Doctrine, by Jimmy Carter and other party leaders. At that time, Saudi Arabia was supposed to conquer Yemen within two weeks and defeat Yemeni resistance groups.

Yet, about four years have passed since the beginning of the Yemeni war, and the result of the presence of Mohammed bin Salman and his mercenaries in Yemen has been nothing but the defeat for Saudi Arabia. During the Yemeni war, the Democratic senators (who are now opposing to this war) said nothing against the killing of Yemeni children, but directly and indirectly supported it many times

Next, during the presidency of Donald Trump, he continued the same way which the Obama administration took in support for the war in Yemen. Meanwhile, some of Mohammed bin Salman's atrocities and Trump's excessive investments on the slaughterous prince of Saudi Arabia attracted the attention of the most Democrats and some American senators, such as Lindsay Graham.

The repeated defeats of Saudi Arabia in Yemen, and the global awareness about the crimes against Yemeni people, especially women and children, also accelerated the process. Besides, the murderer of Jamal Khashoggi worked as an accelerator in this regard. This was while the American Senators kept silent over the bombing of a Yemeni school bus which led to the killing of dozens of children.

Finally, we should say that the current opposition of American senators to the Yemeni war is not due to their "peaceful mentality" or because they believe war is a bad thing! It is, however, the result of the heavy costs that they had to pay for their ally's failure in Yemen. This process continues until the war is stopped in Yemen.

The opposition of Democratic and Republican senators to Trump's support for bin Salman is due to the intensification of opposition and hatred of bin Salman among the people all over the world, and among the American citizens. However, we shouldn't ignore the fact that American senators aren't basically opposed to war and bloodshed in the West Asian region and the Muslim world, but have been one of the main causes of these crimes over the past few years. And this same rule applies to Yemen's war.