TEHRAN(Basirat): Israelis are riddled with fear, fear of Hezbollah missile capability and the invaluable experience of Lebanese resistance fighters in the Syrian War. 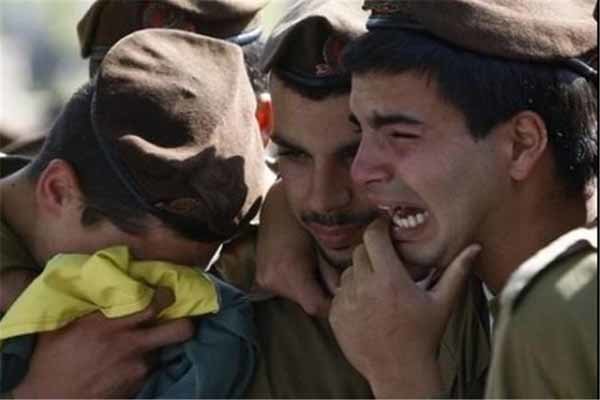 Israeli troops in the newly created Gates of Fire Battalion simulated war with Hezbollah in northern occupied land in December 2018. The battalion held a training program during the past month in which it practiced a wide range of scenarios it might encounter during a war.

The Israeli Defense Forces, referring to the precision of the Lebanese Hezbollah missiles, writes: "Hezbollah is capable of targeting Israel's critical facilities, and the 2006 Lebanon War seems nothing compared to a conflict with Hezbollah in future.”

Tamir Yadai, the head of Israel's Home Front Command warned that "Hezbollah is capable of targeting deep inside Israel massively. In 2019 there will be a more complex and challenging threat to Israel.”

Today, Hezbollah has an arsenal that stores high-precision missiles that can reach all over Israel.

Hezbollah is now considered Israel’s first enemy, and this prediction says it all. The Israeli regime has announced a plan to evacuate 22 settlements in the northern part of occupied Palestine in the wake of a war with Hezbollah.

Lately, in a video message with Hebrew subtitles, the Lebanese Hezbollah movement has warned Israel against any offense in Lebanon. The video titled, "If you are impudent, you will regret it”, is part of Nasrallah’s speech against the Zionist regime. The Lebanese Secretary-General says in the clip that any Zionist attack on Lebanon will have a response by Hezbollah. "We will definitely answer any aggression, air strike, and bombing of Lebanon.” The video has brought terror among the Israelis, particularly that 80 percent of Israelis who believe what Nasrallah says while having no faith in their own officials.

They are fearful of Nasrallah's threats because they know all too well that the Hezbollah Secretary-General Nasrullah does what he says he will.

An Israeli expert bin Ami says, "The problem that Israel faces is that Nasrallah has already proved to be honest and he continues to deter a battle with his threats.”

In contrast, Zionist authorities, especially Prime Minister Benjamin Netanyahu, have taken measures to fight Hezbollah to reassure the Israeli Home Front Command. For example, they launched the so-called Operation Northern Shield on December 4 to allegedly locate and destroy Hezbollah tunnels that cross the Blue Line from Lebanon into northern Israel.

On Nasrallah’s reaction to the Israeli operation, Ray Al-Youm newspaper wrote: "Since Israel started the Operation Northern Shield to destroy the alleged Hezbollah tunnels, the Israeli media have not been able to get a reaction from the Lebanese Secretary-General, and that has frustrated the Tel Aviv policymakers.” The print media also points out the dispute between Prime Minister Netanyahu and commanders of the Israeli army and says that "Netanyahu has called for the renaming of the operation, but the commanders of the Israeli army opposed it.”

At the request of the U.S. - to discuss Hezbollah's cross-border attack tunnels - the UN Security Council was scheduled to meet on December 19. However, the United Nations Interim Force in Lebanon (UNIFIL) confirmed the tunnels do not appear to surface in Israel and thus far to have exit points on the Israeli side.

Following that failed Operation Northern Shield in the early days of the New Year, Israelis established a new battalion, called the Fire Gates, to defend the Northern Front against Hezbollah.

According to the Times of Israel, the newly formed battalion is under the command of Amir Baram Brigade general in the northern Palestine territories. The unit is made up of reservists freshly released from the Golani Infantry Brigade's Reconnaissance Battalion. The drill lasting about five days and focused on "conquering Hezbollah.”

The Israelis Gates of Fire battalion has been ridiculed in Lebanon. Ali Shoeib, a prominent Lebanese journalist said on his Twitter: "Thank God we live in a time when our enemies, because of the fear of our resistance, launch defensive battalions, after they said they were capable of occupying our capital with only military music.”

What remains certain is that the operations carried by the Israeli forces show they fear the Lebanese and Palestinian resistance fighters and live in fear.