TEHRAN (Basirat) : American civil rights groups have condemned the appointment of a new deputy national security advisor who served on the board of an anti-Muslim group for nearly a decade. 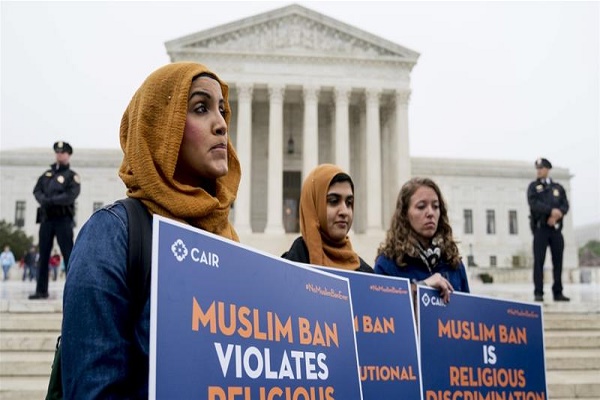 US President Donald Trump appointed Charles M Kupperman last week to assist National Security Advisor John Bolton, saying in a press release that Kupperman "brings to the role more than four decades of national security policy and program experience".
Kupperman served on the board of directors for the Center for Security Policy (CSP) between 2001 and 2010, according to tax records.
The Southern Poverty Law Center (SPLC), an Alabama-based hate monitor, designates the CSP as an anti-Muslim hate group, pointing to the group's promotion of conspiracy theories claiming that Muslims have infiltrated the US government and seek to establish Islamic law in the country.
The Council on American Islamic Relations (CAIR) has called on the Trump administration to revoke Kupperman's appointment.
"Once again this is an example of Trump elevating foxes into the hen house, where Islamophobes are well placed to direct our nation's national security priorities," Robert McCaw, director of CAIR's government affairs department, told Al Jazeera.
McCaw argued that Kupperman's appointment "should absolutely be rescinded" and that he "has no place in the US government".
In the White House press release, John Bolton was quoted as saying that Kupperman "has been an advisor to me for more than 30 years, including during my tenure as National Security Advisor to President Trump".
"Charlie's extensive expertise in defense, arms control and aerospace will help further President Trump's national security agenda."
Kupperman has held senior positions in defense contractors Lockheed Martin and Boeing, and served in the administration of former President Ronald Reagan in the 1980s.
During his 2016 presidential campaign, Trump called for a "complete and total shutdown" of Muslims entering the US.
Since coming to office in January 2017, he has issued a slew of executive orders, some of which have been challenged in courts, seeking to bar entry for travelers from several Muslim-majority countries.
In October, during the midterm elections, the Muslim Advocates group released a report documenting 80 instances of political candidates using "clear anti-Muslim" rhetoric in 2017 and 2018.
'Not an accident'
Established in 1988, the Washington, DC-based Center for Security Policy is headed by Frank Gaffney Jr, and has promoted the false claim that the Muslim Brotherhood has infiltrated the US government and American society at large.
Gaffney, who also served in the Reagan administration, has falsely claimed that former Iraqi dictator Saddam Hussein was behind the 1995 Oklahoma City bombing, said former President Barack Obama was a covert Muslim, and claimed Hillary Clinton adviser Huma Abedin was a Muslim Brotherhood operative.
In 2011, Gaffney called on Congress to create an updated version of the House Un-American Activities Committee, which was established in 1938 to seek out Americans with communist ties or sympathies. In his version, however, the committee would root out Muslims supposedly seeking to undermine US institutions.
According to the SPLC, Kupperman is one of several people with ties to the CSP to join the Trump administration.
Others include Kellyanne Conway, whose firm produced a dubious poll for the CSP. It claimed that more than half of American Muslims advocate replacing US law with Islamic law.
Bolton, who appointed Kupperman, also appeared on Gaffney's radio programme often, as did US Secretary of State Mike Pompeo, the SPLC noted.
Nathan Lean, author of The Islamophobia Industry, said that it is not "an accident that people with clear connections to anti-Muslim hate groups are being elevated in the Trump world".
"In fact, with John Bolton at the helm of National Security, such an eventuality would be absolutely expected," he told Al Jazeera.
"Kupperman's associations with Frank Gaffney are enough to disqualify him from any government post, let alone one in which he is advising a man who is arguably in the president's ear on a daily basis regarding matters of national security."