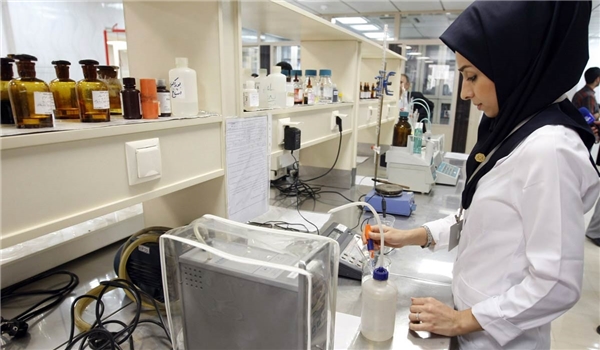 "The company is the only producer of polymers needed for raw materials of drugs in the Middle-East and all pharmaceutical firms need this product to produce different types of drugs, including tablets and syrups," Managing-Director of Ta'amin company Mohammad Hossein Mehrabi said on Wednesday.

He described polymer as a strategic product needed for pharmaceutical industry, and said his company has exported its products to different countries, including Germany, Czech and Turkey.

"Our scientists have succeeded in the production of 22 biological drugs," Malekzadeh said.

"Also, the capable pharmacists of our country have been able to produce 97% of the medicine needed by the patients inside the country," he added.

Malekzadeh also underlined that cooperation between the Atomic Energy Organization of Iran (AEOI) and the pharmaceutical industry has led the country to approximate independency in the production of different types of radio medicine.

Also, earlier this month, the father of Iran's nuclear medicine underlined the country's high capabilities in nuclear medicine, and announced production of the most common drug for cancer treatment by Iran.

"Technetium is a radio medicine which is taken from molybdenum and is the drug with the highest consumption at the world's nuclear medicine centers," Dr. Mohsen Saqari, a Tehran University professor, told FNA.

He added that Iran was able to produce Technetium.

"Iran now exports technetium generator (or colloquially a technetium cow or moly cow, a device used to extract the metastable isotope 99mTc of technetium from a source of decaying molybdenum-99) to many countries and if we can produce molybdenum, we will become fully self-sufficient in this area and of course, today we have had many successes in radio medicine production technology," Saqari said.