Tehran (Basirat) :The Leader of the Islamic Revolution— Ayatollah Khamenei— received the Prime Minister of Armenia, Mr. Nikol Pashinián, and his entourage this afternoon, February 27, 2019. 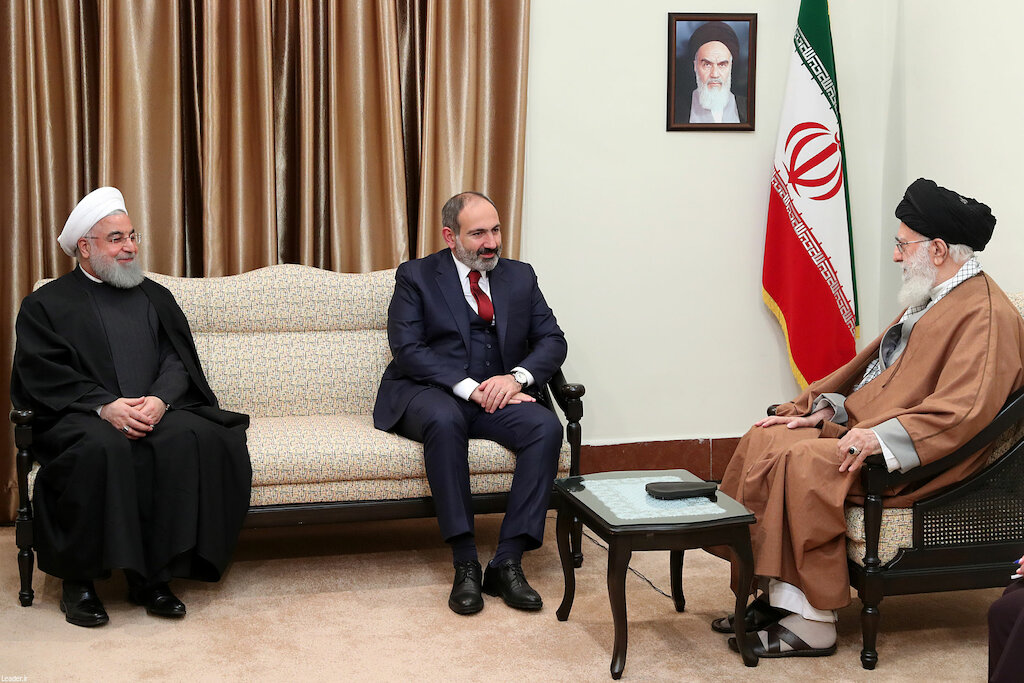 At this meeting Ayatollah Khamenei described Iran and Armenia as good neighbors, enjoying historical relations and stressed on the necessity to increase levels of economic cooperation. His Eminence then added: Contrary to what the U.S. desires, the ties between Iran and Armenia should be strong, persistent and friendly.

The Leader of the Islamic Revolution pointed to the very friendly relations that exist between Iranians with their Armenian fellow citizens as well as the Iranian Armenian communities' sacrifices during the Sacred Defense era—the 8-year US-backed Saddam war on Iran—and asserted: I have paid visits to the families of Iranian Armenian martyrs in Tehran, because we consider the Armenian martyrs of the imposed war as sources of pride and honor for Iran, just like the Muslim martyrs.

The Supreme Leader regarded increased cooperation and friendly relations as a duty to be conducted in favor of common interests of Iran and Armenia, adding: Of course, the U.S. is completely unreliable and always tries to cause sedition, corruption, conflict and war; they are against the relations between Iran and Armenia and they oppose the interests of the nations. However, in response, we need to strengthen our relations and cooperation.

Highlighting the friendly relations of Iran and Armenia throughout history, Imam Khamenei went on to say: Iran and Armenia have never had any problems with each other. According to our Islamic teachings, we deem ourselves obliged to behave well toward our neighboring countries; even though the U.S. officials, such as John Bolton, have no understanding of such matters or of human relations.
Ayatollah Khamenei mentioned that the level of economic cooperation between Iran and Armenia is much lower than the potentials the two nations possess and held: The agreements and ratifications concluded during this trip should be vigorously pursued.
The leader of the Islamic Revolution also held that the resolving of the issue of Nagorno-Karabakh (Artsakh) lies in the continuation of negotiations between the officials of Azerbaijan and Armenia; he further announced the willingness of the Islamic Republic of Iran to offer assistance in resolving the matter.