TEHRAN (Basirat): A political commentator based in Moscow highlighted reasons behind some differences of opinion between the European Union and US President Donald Trump’s administration, saying EU leaders feel “an emotional hatred” toward the president personally. 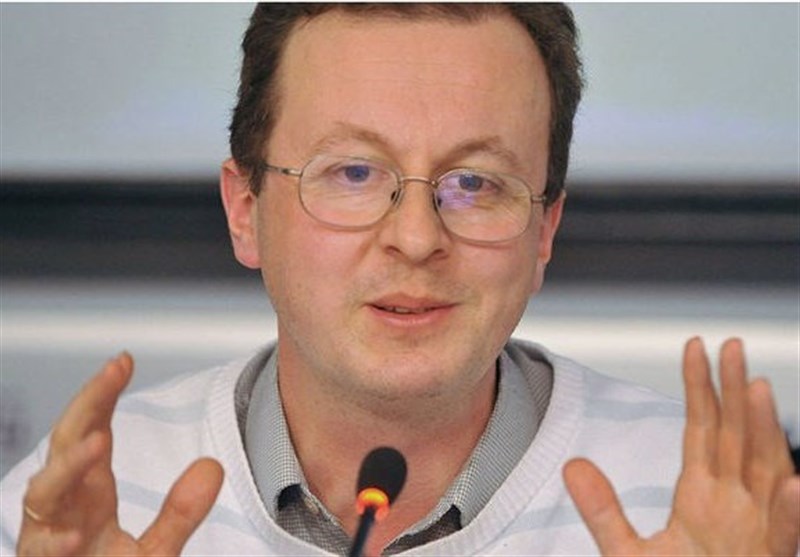 "There is an emotional hatred, disdain of the EU and other liberal globalists towards Trump personally,” Dmitry Babich said in an interview

"The moves of the EU aimed at ‘protecting’ European companies, that deal with Iran, from American sanctions – these moves are not serious, they did not have any effect and they won’t have it,” he added.

Dmitry Babich, born in Moscow, has been an active journalist for over 25 years, focusing on Russian politics. Graduating from Moscow State University, Babich has had a successful career in Russian journalism. He has previously been a senior correspondent at the Komsomolskaya Pravda daily, RIA Novosti, and Russia Profile magazine. Between 1999 and 2003, Babich was a foreign editor at The Moscow News before returning to Russia Profile in 2009 as acting editor-in-chief. His core areas of focus include Russia’s modern political history, international relations. Babich is currently working as a political analyst at Sputnik International and is a frequent guest on BBC, Al Jazeera, CNN commenting on international affairs and history.

Tasnim: Tensions have grown in recent months between the US and its closest allies in the EU over various issues, including Iran, which was underlined at a recent US-backed conference on the Middle East in Poland that was largely sidestepped by many European governments. What do you think about US President Donald Trump’s foreign policy that has strained the transatlantic relations?

Babich: I don’t believe in a "conflict” between the US and the EU over the policy towards Iran. There is an emotional hatred, disdain of the EU and other liberal globalists towards Trump personally. The reasons for that hatred are emotional. The liberal-globalist establishment in the Democratic Party of the US and in the European capitals was 99 percent sure that Hillary would win in 2016, and they can’t forgive Trump for their deceived expectations.

So, on Iran, when Trump makes moves against Iran, this establishment does not really object. The moves of the EU aimed at "protecting” European companies, that deal with Iran, from American sanctions – these moves are not serious, they did not have any effect and they won’t have it. The EU strongly objects only to those actions of Trump which could really contribute to peace – such as his decision to withdraw American troops from Syria. The American and EU globalists blocked that decision. The Warsaw conference was a disgrace and it shows the real face of the liberal establishment in both the EU and the US.

Babich: Nancy Pelosi hates Iran no less than Trump, she just uses every opportunity to criticize him. The hatred towards Iran and Russia (is common among US officials)– this is the point where the globalists (Pelosi, Obama, Clinton, etc.) agree with American nationalists (Trump and Bolton). Only the American people can change the US policy towards Iran, not the American elite.

Tasnim: The White House made a massive blunder after claiming European leaders applauded when Vice President Mike Pence dropped Trump’s name in a speech. Pence was speaking at the Munich Security Conference in Germany when he passed on Trump’s regards to the dignitaries gathered. The 59-year-old paused for several moments, waiting for a response, but the crowd remained silent. Do not you think that it is another sign of the strained transatlantic relations? How do you predict the European countries’ future reactions to the conflicting policies adopted by the Trump administration?

Babich: Again, don’t confuse the EU’s hatred towards Trump with kindness towards other countries, with peace, opposition to US imperialism, etc. It is just the hatred of the globalists in the EU and the US towards Trump personally, nothing more. The fact that Trump is bad does not mean that the EU and its ally Obama are good. It is one evil hating another one – for an emotional reason.