TEHRAN (Basirat): Secretary of Iran's Supreme National Security Council (SNSC) Ali Shamkhani said that the world is no longer West-oriented, adding that the Resistance Front in the Middle East showed how fragile the US paper tiger is. 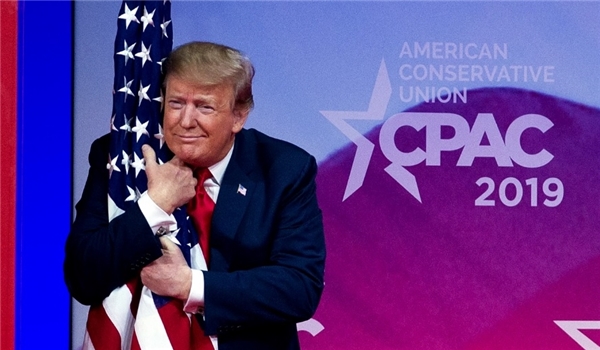 Shamkhani, at a local event here in Tehran, said what has been introduced as American power is a "paper statue” and Resistance Front showed how fragile this power is.

"Although the United States, the West, and some regional countries deployed terrorists and mercenaries to destroy the root of Islamic Resistance, the youth generation, the Syrian Army, Iraqi Popular Mobilization Forces, Yemen’s Ansarullah, and defenders of the shrine showed that the West is not the center of the world, and the paper statue introduced as US power can be easily destroyed,” he told a local event here in Tehran on Sunday.

The important message of the late Imam Khomeini to the world was that "nations” are always the main victors of battlefields, and today, this message has become a culture and a strategy for the success of independent nations, he added.

"It is based on the same message that over four years of bombings, crimes, and savageries of Saudi Arabia, the United States, the Zionist regime, and European countries, they have failed to occupy Yemen and capture its people,” highlighted Shamkhani.

He went on to say that the most important and complex threat to the Islamic world, which was the domination of Takfiri terrorists over Islamic lands, has been defeated by the devotion of the youth who have been grown in the culture of Resistance. 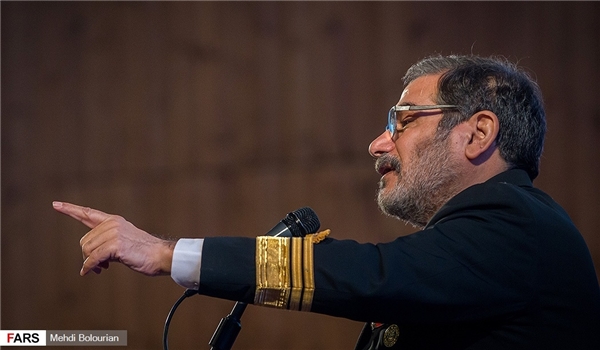 Touching upon the Islamic Republic of Iran’s power and independence, he added, "Trump and even his circle, continuously humiliate Saudi Arabia and the Emirates, with a pharaonic pride.”

Early in November, Tehran's provisional Friday Prayers leader Hojjatoleslam Kazzem Seddiqi said that Iran has grown stronger under the US sanctions in the past 4 decades, while the US is losing its power.

Early in February, Iranian Foreign Minister Mohammad Javad Zarif commemorated the 40th anniversary of the fall of his country’s former dictator, reminding that the US had always been siding with tyrants and monarchs of the region.

"Iranians—including our Jewish compatriots—are commemorating 40 yrs of progress despite US pressure, just as @realDonaldTrump again makes accusations against us @ #SOTU2019,” Zarif tweeted on Wednesday.

"US hostility has led it to support dictators, butchers & extremists, who've only brought ruin to our region,” he added.