Iraq’s Popular Forces Call for Ouster of US Troops 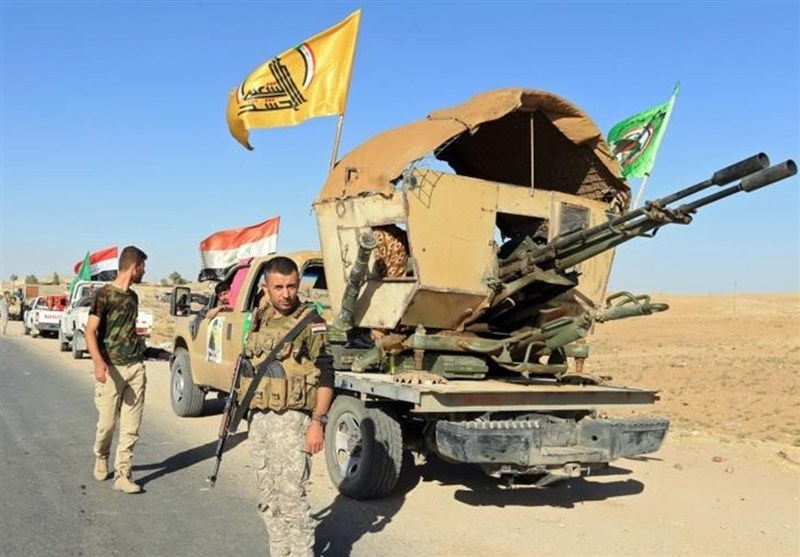 On Tuesday, the US designed Nujaba -- an Islamic movement whose crucial aid to the national army resulted in the defeat of Daesh in Iraq in late 2017 -- a terrorist group and imposed sanctions on it.

The decision has drawn angry reactions from Iraqis. On Thursday, popular anti-terror groups Kata’ib Hezbollah and Asaib Ahl al-Haq issued statements, calling for resistance against US presence in the region.

Kata’ib Hezbollah's statement said the ban was a response to numerous US defeats in the region. It said Washington is seeking to weaken the Iraqi resistance against the occupation as it digs its heels in Iraq.

Asa'ib Ahl al-Haq highlighted what it described as Washington's hypocrisy in sanctioning the anti-terror group while allying itself with Saudi Arabia and Israel.

"We believe the American criteria for terrorism are not only usually wrong but are actually quite the opposite,” it said, according to Press TV.

On Thursday, political council chief of Iraq's Sadrist movement Nessar al-Rabi'ee stressed the need for a law to be adopted in parliament against the presence of foreign forces.

Al-Rabi'ee explained that such a law would safeguard Iraq from "terrorist forces" seeking to enter the country under "new labels".

Lawmaker Jamal al-Fakhir of the Sairoon bloc said the group was engaged in discussions with other Iraqi factions seeking consensus on a bill against the US military presence.

Prime Minister Adel Abdul-Mahdi's office said US Secretary of State Mike Pompeo had contacted the Iraqi premier by phone to discuss the matter.

Abdul-Mahdi emphasized that the US cannot legally establish new bases in Iraq and that its current military presence is to be limited to only combating Daesh and training Iraqi troops, the office said.

The US first deployed its forces to Iraq under the false pretext of countering weapons of mass destruction (WMDs) in 2003. The invasion was followed by rampant violence and chaos, which set the stage for the emergence of Daesh in 2014.

Washington then mobilized its allies in another mission to allegedly root out terrorists. But the so-called coalition led by the US was suspiciously slow in eliminating Daesh, while its airstrikes against purported terrorist positions led to heavy civilian casualties and damage to Iraqi infrastructure.

The volunteer forces helping the Iraqi army in its war have on numerous occasions urged US forces to withdraw from Iraq, documenting evidence that Washington has provided terrorists with weapons and military support.

Last month, reports surfaced that Daesh leader Abu Bakr al-Baghdadi was alive and traveling freely between neighboring Syria and Iraq under the protection of US military forces.

It came amid other reports that the US was redeploying its forces, including those in Syria, to Iraq for the long haul.

US troops have reportedly already been deployed to the western Anbar province and eastern city of Kirkuk, prompting Iraq's Popular Mobilization Units (PMU) to step up measures against their presence.

Last month, a video emerged showing PMU, known in Arabic as Hashd al-Shaabi, stopping a US military patrol in the northern city of Mosul.

Hashd al-Shaabi officials have accused US troops of being involved in reconnaissance missions with the aim of collecting information on the movements and positions of the voluntary forces in Iraq.

Hashd al-Shaabi chief commander in Anbar, Qassim Mosleh, told al-Sumaria television in January that US troops had exposed the positions and arms depots of Iraqi forces deployed on the Syrian border to terrorist groups.