Iran’s trump card to challenge US

TEHRAN(Basirat): Iran is focused on strengthening its domestic production and economy via developing economic ties with its 15 neighboring countries, to retaliate the drop in its economy due to Trump’s decision in May 2018 to withdraw from the 2015 nuclear deal between Iran and six major powers, known as the Joint Comprehensive Plan of Action (JCPOA). 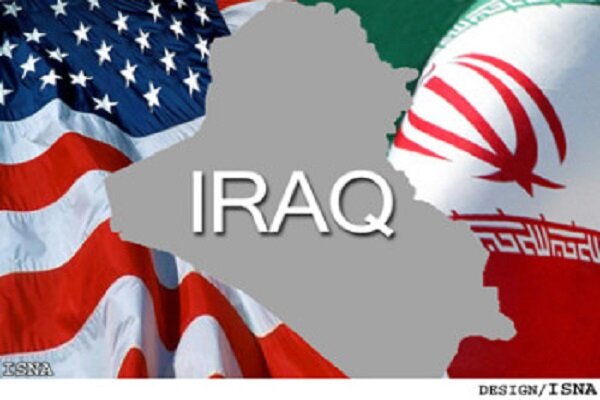 Any development in regional economic ties can bring Iran tighter political and cultural bonds and a more powerful presence and effective role in the region.

Iran’s western neighbor, Iraq, is now of the highest importance and among the main priorities for boosting economic ties, with whom Iran enjoys intimate political and cultural relations, as well.

All-out ties between Iran and Iraq have increased greatly since 2003, the fall of Saddam Hussein and presently, mutual relations are said to be unshakable and fruitful for the region.

The existing joint reserves between the two countries, their complementary economy besides the common culture are the main reasons which help Iran and Iraq to expand ever-increasing economic ties in future.

Iraq is now the main importer of Iranian non-oil products and highly reliant on its energy ties with Iran. The country also imports a wide range of goods from Iran including food, agricultural products, home appliances, air conditioners and spare car parts.

In mid-November 2018 and in a meeting with Iraqi President Barham Salih in Tehran, President Rouhani announced that Iran and Iraq could raise annual bilateral trade to $20 billion from the current level of $12 billion.

According to the data the President of Iran World Trade Center Mohammad Reza Sabzalipour provided Mehr news agency, “Iraq has been the main importer of Iranian products during the first nine months of the Iranian calendar year 1397 (ending March 20, 2019). Some 22 percent of Iranian products have been exported to Iraq in the said time. Iran’s non-oil exports to Iraq grew 60 percent in terms of value and 68 percent in terms of weight in the said time.”

“Iraq could manage to beat Iran’s ex-main importer, China, in the said time,” he added.

“According to the data released by Islamic Republic of Iran Customs Administration (IRICA), Iran exported $3.416 billion of goods to Iraq in the first five months of the 1397 (March 21- August 22, 2018), registering $812 million increase in comparison with the same time in the previous year,” he said.

“Iran’s imports from Iraq stood at $3.713 million in the first five months of 1397, showing a remarkable drop from its previous level of $32.68 million in the preceding year,” the official announced.

“The sharp rise in exports to Iraq and the drop in imports from the country has made the trade balance between the two countries positive, at $3.41 billion, in favor of Iran,” Sabzalipour added.

Besides expansion of trade cooperation between the two countries, Iran is interested in developing the volume and number of its investments in Iraq since trade activities are short-term accomplishments while joint investments can warrantee two sides’ cooperation in the long-run. Some joint industrial parks have been established at the Iran-Iraq joint border and the idea is worth to be preserved.

Construction industry, technology and science, medicine and medical equipment, engineering services, biotechnology and ICT are among the potential sectors for Iran to rely on the way to boost economic ties with Iraq.

As the first official visit to Iraq during his tenure, Iranian President Hassan Rouhani left Tehran for Baghdad on Monday for a three-day visit to meet Iraq's president, prime minister and parliament speaker, and the top Iraqi Shia cleric Grand Ayatollah Ali al-Sistani to deepen close relations between the two countries in all fields of mutual interest.

The president was accompanied by a high-ranking delegation, comprised of senior Iranian officials and a huge private sector business delegation.

During his stay a series of agreements were signed in energy, regional security, no-fee visas, connecting railways, dredging border river after 43 years, joint industrial zones, energy cooperation, $20B in trade, and PTA transport, agriculture, industry, health and etc. with the Arab neighbor.

Iran and Iraq also issued a joint statement on Tuesday and urged commitment to the implementation of the 1975 Treaty and the expeditious dredging of the border river.

Being warmly received by both the Iraqi government and the nation, Rouhani declared that "no power can separate this united community".

The US has pulled out the majority of its military forces from Iraq and the only way to preserve authority over the country would be economic dominance.

Through economic dominance, the US would find a chance to fortify its political relations with Iraq, to overshadow Iran-Iraq economic and trade ties, hinder exports of Iranian goods to Iraq and utilize Iraq as a platform to create new challenges for Iran.

Therefore, the US is concerned about the close ties between Tehran and Baghdad and seeks to reduce the mutual interactions between the two neighbors.

It has adopted the policy of confronting the Popular Mobilization Forces in Iraq to counter Iran, as well. Underlining the importance of Iraqi independence from Iran, US believes that President developing ties with Iran is not in the interest of the Iraqi people, while the US is helping Baghdad to become independent in its electricity needs.

However, Iran believes that the US has always sought to hatch plots against the peoples of the region and the Islamic Republic of Iran is preserved to continue its role in resolving regional problems and promoting interaction among countries.

Iraqi officials do not want US enmity with Iran to influence Iran-Iraq relations and has applied an unbiased political position against Iran and the US. They have been trying their best to persuade US continue Iran sanctions waivers for their country. However, they have been under US pressure to reduce trade ties with Iran since Washington reintroduced sanctions against Iran last May. As Iraq’s foreign minister has said recently that his country is not obliged to abide by sanctions imposed by the US against Iran and would be pursuing options to continue bilateral trade.

Iran and Iraq in order to be able to continue their economic cooperation despite the US pressure have agreed to trade in euros. Currently, the US has given Iraq a six-month waiver to continue buying energy form Iran.

A true image of the triangle can be described briefly in Bloomberg words on Wednesday: “Iraq and Iran build economic ties with the US on the sidelines.”

Thanks to the warm and growing political and economic relations between Iran and Iraq, the bed is set for Iran’s more effective presence in the Iraqi market.

Rouhani’s trip to Iraq can spur Iranian businessmen and investors to be more determined in competing with their foreign rivals to obtain a bigger stake from the Iraqi market.

However, lack of proper banking relations is the main issue decelerating development of mutual economic ties.

Iraq has expressed readiness to establish a joint bank with Iran. In February, governors of the central banks of Iran and Iraq signed an agreement to develop a payment mechanism aimed at facilitating banking ties between the two neighboring countries. They also seek using rial and dinar in bilateral trade and to allow the banks of the two countries to issue letters of credit on the basis of Iranian rial and Iraqi dinar.

In a bid to establish tight commercial relations, it is a must for the two sides to develop mutual transportation ties, sign preferential as well as free trade agreements, remove visa issuance and customs bureaucratic procedures. Expansion of banking and financial infrastructure, including opening credit lines and offering facilities, besides insurance ties are the other measures necessary for the two countries to take to hit the set economic goals.