TEHRAN (Basirat): An Iranian official reassured on Thursday that Tehran and Baghdad enjoy the capacity to meet the $20bln bilateral trade objective. 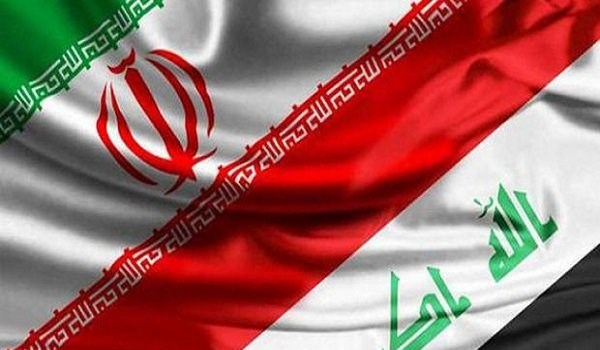 “Good capacities have been created in Iran-Iraq commercial relations and when we talk about 20 billion dollar objective of trade between the two countries it is not about exchange of goods,” Caretaker of the Trade Promotion Organization of Iran (TPO) Mohammad Reza Mowdoudi said.

The Iranian official added that LPG export to Iraq, electricity contracts between the two countries, tourism and different services have to be born in mind when it comes to relations with Baghdad.

“Currently Iran is exporting $13 billion to Iraq, including 8.5 to 9 billion dollars of export of goods and commodities; the rest comes from export of technical and engineering services, tourism, and electricity,”  Mowdoudi highlighted.

Ten days earlier, Iranian President Hassan Rouhani said that Tehran is resolved to increase trade relations with Iraq by two-third to $20 billion from the current $12 billion.

"Facilitating banking relations can create a historic opportunity for the two nations,” President Rouhani said late at the Economic-Trade Forum of Iran and Iraq, stressing that Iran is determined to increase trade relations between the two countries to $20 billion from $12 billion.

"We are ready to have our tradespeople more active in Iraq and supply the required goods so that we can reach a good balance," he said.

Rouhani also said that "Iran is ready to develop relations in different fields such as energy, and supplying power and gas to Iraq.”

"The two Iranian and Iraqi nations have always been together in recent years in creating security and stability,” he said, adding, "the Iranian nation and government are very happy that they have been alongside the Iraqi nation and army from the beginning in their fight against terrorism.”

Referring to the achievements of stability and security in Iraq, Rouhani said, "Iranian economic and trade executives have stood by the Iraqi nation even when the country was insecure.”

He described the meeting of the high-ranking delegations of Iran and Iraq positive and said, "Today, good agreements were made by the two countries.”

Heading a high-ranking politico-economic delegation, Rouhani embarked on an official three-day visit to Iraq on March 11.