TEHRAN(Basirat): Jangal-Abr or Cloud Forest of Tuskestan is a part of the eldest and most beautiful Hyrcanian forests, which is famous for the passionate embrace of fog and clouds settling on the mountain saddles. The spectacular natural site, which is home to rare animal and plant species, can be a good holiday destination for those who need a change of scenery. 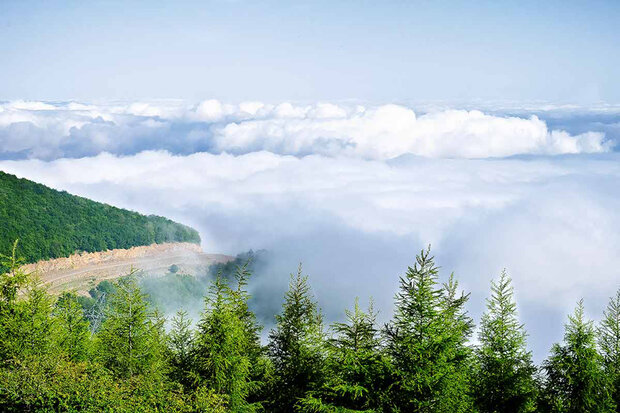 Nestled in the arms of the city of Shahrud in the semi-arid province of Semnan, off the road to Azadshahr toward the greener parts of the country, the forest’s clouds are so close to the trees and the settling clouds are so thick that it seems you are walking on them.

Passing through the gardens in Bastam, near Shahrud, one can see the clouds over the mountains and along the 4,000-meter Shahvar Mount as if they have been trapped in the sharp claws of the mountain, a scene which tells us the dreamy cloud forest is not far away.

Cloud Forest straddles in an area of 35,000 hectares as part of the ancient Caspian Hyrcanian mixed forests which have encircled the northern slopes of the Alborz Mountain like a belt, covering the southern coasts of the Caspian Sea. 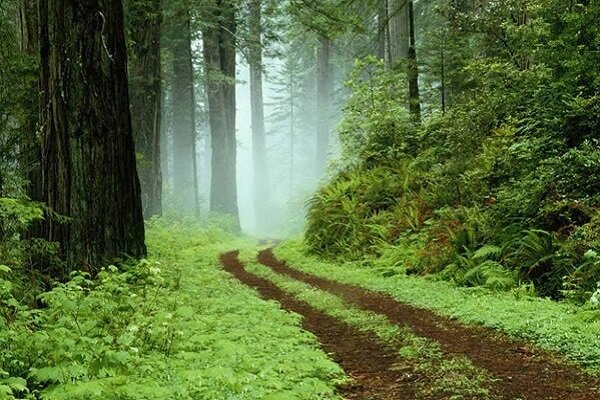 The Hyrcanian forests used to cover 3.7 million hectares, but the figure has now dropped to 1.8 million.

The forest, which is situated at a high altitude from sea level, has low temperatures in hot seasons. Hikers should not forget to bring waterproof clothes.

Abundant springs flow in the forest, which is all but unique because of its diverse vegetation ecology.

The Jungle veiled in clouds provides visitors with a golden opportunity to enjoy, explore, and learn about these wonderful ecosystems.

Clouds always come and go fast, filling and leaving the valleys in their path. Vapors and clouds make white dots against the dark green shades. The whole forest seems to be undergoing an experiment by a wacky alchemist.

Up there, sits the Maran Castle, which was built by the Elamites at the mountain summit. The castle seems to be floating on the sea of clouds. At sunrise, the castle is enveloped in clouds and this evokes the images of a ship wandering aimlessly in the Pacific Ocean; after a while into the night, the clouds usually scatter away, letting a clear view of the surrounding valleys, if the moon is up. 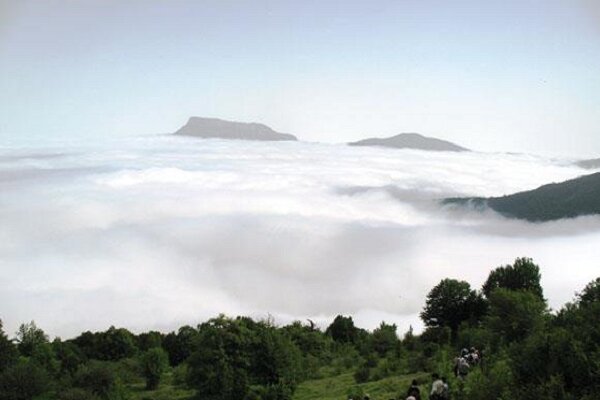 Cloud Forest, in many tourists’ view, is among the most beautiful natural scenery in Iran. On the northern slope of Abr Mountain, the famous waterfall of Shorshor (cascade in Persian) flows over the rocks between the dense trees. A large number of springs converge to create this waterfall. They flow through the mountains and hills, making a suitable home to diverse vegetations including old woody plants such as beech, oak, alder, elm, cherry tree, checker tree, English yew, and tilia. 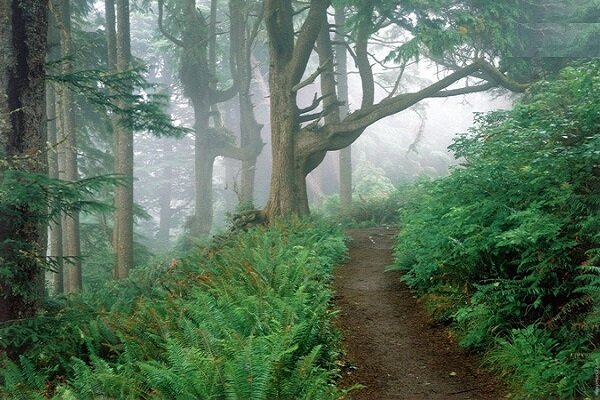 Fog and clouds are the most common scene in the forest. The clouds brushing against the rich vegetation produce a fresh aroma which is the unique signature of the region.

Juniper, a tree native to the region, is seen everywhere like clouds in the sky; you will be surrounded by thick fog, let’s say the clouds.