'US Empire is the sole reason ISIS ever came to be'

TEHRAN (Basirat)- In Obama's efforts to remove Syria's Assad from power, despite the US Defense Intelligence Agency general's warnings of a potential jihadist caliphate, Obama willfully selected to further arm and support the Islamic State terrorists in 2012 (prior to ISIS even being named ISIS) as his greatest hope that the ISIS terrorists would be able to take out Assad,Joachim Hagopian said in an interview with Muslimpress. 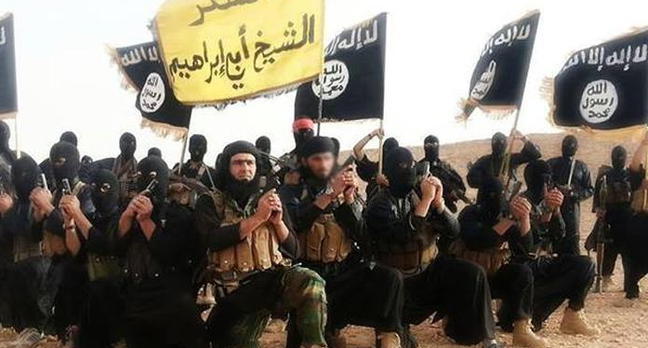 In Obama's efforts to remove Syria's Assad from power, despite the US Defense Intelligence Agency general's warnings of a potential jihadist caliphate, Obama willfully selected to further arm and support the Islamic State terrorists in 2012 (prior to ISIS even being named ISIS) as his greatest hope that the ISIS terrorists would be able to take out Assad,Joachim Hagopian said in an interview with Muslimpress.

Read the full text of the interview below:

1) Is it fair to say that the US policies in the Middle East have created ISIS? If so, how did that happen?

Yes, the US Empire is the sole reason ISIS ever came to be and continues to flourish and expand its deadly cancer throughout the Middle East (except of course in Israel that allows terrorists to be treated in Golan Heights hospitals for Netanyahu photo-ops), North Africa and well beyond. The international crime cabal government operating in every Western nation invented al Qaeda and ISIS terrorists as the jihadist patsies for worldwide terrorism starting with 9/11 and as mercenary US proxy war allies starting in the 1980's Afghanistan against the Russians. The ruling elite behind the central banking cabal owns every Western government and systematically deploys US Empire as the world's most lethal killing machine to do its dirty imperialistic bidding. The Western crime syndicate government created, finances, trains, arms and supplies terrorist armies like the Islamic State to destabilize every resource-rich corner of the earth ultimately to establish weak, corrupt puppet governments that simply do what they're told in allowing the world's largest transnational corporations to rape, pillage and plunder every nation holding precious natural resources on the planet.

How ISIS came to be was due to the US government's obsession to control the world. The neocon regime change foreign policy promoted by the Bush-Cheney gang to take down 7 nations in 5 yearswas leaked in 2007 by General Wesley Clark who just two weeks after 9/11 was informed about the infamous regime change memo announcing the neocon plans to take down the sovereign governments in Iraq, Libya, Somalia, Lebanon, Sudan, Syria and Iran.

In Obama's efforts to remove Syria's Assad from power, despite the US Defense Intelligence Agency general's warnings of a potential jihadist caliphate, Obama willfully selected to further arm and support the Islamic State terrorists in 2012 (prior to ISIS even being named ISIS) as his greatest hope that the ISIS terrorists would be able to take out Assad.

The US was fully aware of the so called ISIS invasion pouring across the Syrian border into Iraq in those US-supplied Toyota truck caravans in June 2014. It was also no accident that ISIS met zero resistance and was allowed to seize control over Iraq's second largest city Mosul to gain a stronghold in that nation that would easily justify the removal from power of then US puppet Maliki who as of 2012 had banned US military from any further presence in Iraq. So another Baghdad puppet government was installed as were permanent US military bases in Iraq. And Obama's fake war with ISIS was declared while secretly providing supplies and more arms to the terrorists in both Syria and Iraq. It also became the fake excuse the US needed to launch air strikes in Syria and with Turkish support provide a safe ISIS haven in the eastern part of Syria. The unimpeded diabolical US agenda was going perfect according to plan, that is until last September 30th when the tables for Obama suddenly got turned. At the UN summit Putin was calling out Obama and his fake war against terrorism while proceeding to soundly defeat ISIS in Syria at Assad's request. That in a nutshell is how ISIS happened.

2) The US overthrew Saddam Hussein in 2003, because he was considered as a threat for world peace. Now it’s 2016 and Washington is reluctant to fight ISIS which has become a real danger for the whole world. What has changed since 2003 that the US has become unwilling to fight this great threat?

It was never the intention of the US to actually fight and destroy its Frankenstein monster (al Qaeda/ISIS) that it created in the first place. So really nothing to this very day has ever changed in US foreign policy since the 2003 Iraq invasion. The same neocons in control of Washington in 2003 are still in control in 2016. Because the neocons even before they stole the rigged 2000 election and came to power were calling for "a new Pearl Harbor" that would be used to justify their invented "endless war on terror," 9/11 and al Qaeda/ISIS unfolded. The ruling elite and their neocon puppets periodically need more 9/11's and terrorists to stay alive and well in order to wreak world havoc so US global hegemony can be maintained, so the bankers and military industrial complex can get richer, and Israel can maintain its regional hegemony by keeping Middle Eastern Arabs fighting each other using both US Empire and terrorists as its proxy war allies. As long as the treasonous terrorists behind the terrorists entrenched in Washington like the Bush-Obama-Clintons remain in power, terrorism on this planet will only continue to flourish.

3) Does the United States want ISIS defeated? If not, what would Washington gain from the presence of ISIS in the region?

The evildoers in power in Washington do not and will never want ISIS defeated. Their endless war on terror depends on al Qaeda/ISIS. US can maintain global hegemony and Israel its regional hegemony as long as ISIS is destabilizing Muslim nations in the Middle East and North Africa and beyond. Also as longs as so called jihadist patsies working with CIA and Mossad handlers are carrying out terrorist attacks in places like Brussels, Paris, London, Madrid and New York, millions of citizens in the West stay brainwashed into believing that a terrorist is lurking behind every corner of the planet, and the handful of murdering psychopaths and their government puppets under the pretense of national security are allowed to increase tyranny and oppression over the planet by keeping the global masses in fear, dumbed down and easily controlled.

4) US helped Assad’s enemies with weapons and financial support. What was the outcome of these strategies for Syrian people?

The unfathomed, untold human tragedy of Washington's war crimes against humanity has taken no greater toll in suffering than on the people of Syria, Afghanistan, Iraq (twice), Libya, Yemen and among many other nations as well. Before the US intervened to cause the so called civil war in Syria (which it never was because virtually all of Assad's enemy forces have been foreign nationals from other nations, never even Syrian citizens), the population in Syria was 22 million. The direct outcome of US helping Assad's enemies for over five years now has caused 4.8 million refugees spread throughout the Middle East and Europe, 6.5 million Syrians displaced within Syria and the death of nearly 400,000 Syrians. That's one out of two residents in Syria are either dead or homeless. Under the false pretense of humanitarian intervention (i.e., removing a dictator from power) the US government has only demonstrated that it has zero compassion for the Syrian people and that the true intentions of creating the so called civil war was to remove Assad so another oil/gas pipeline can supply Europe and bankrupt Russia's natural gas export. The US as a totalitarian police state has no regard for ordinary people inside the US much less humans around the world.

5) US has indirectly intervened in war on Yemen. What does Washington want in the poor, war-torn country?

Again, bottom line motivation for the US Empire and its closest Middle Eastern allies Israel and Saudi Arabia in Syria is the same as in Yemen - to control the geopolitical chessboard for oil theft and hegemony. A large part of that agenda in the Middle East is to keep all Arab nations weak and fighting each other. Other US allied players in the region include the Gulf State monarchies like Qatar, Kuwait and United Arab Emirates along with NATO member Turkey all supporting terrorism and ISIS. Because the Saudis in their genocidal war crimes against the Yemeni people are now mired in a military stalemate fighting the Houthi rebels, the US is now illegally and directly intervening by sending US Ranger boots on the ground to further support the Saudi coalition that includes the Al Qaida on the Arabian Peninsula (AQAP) terrorists as well as ISIS. Strategic coastal control over southern Yemen facilitates the plan that Saudi Arabia will build a pipeline through Yemen to its southern port Aden and thereby bypass the Iranian controlled Strait of Hormuz that controls oil flow out of the Middle East. So all the usual suspects including the UN are now actively involved in turning Yemen into another failed state wasteland under neocolonial oil interest control to rape and plunder yet another nation that dared to defy the US-Israel-Western crime cabal government.

Joachim Hagopian is a West Point graduate and former US Army officer. He has written a manuscript based on his unique military experience entitled "Don’t Let The Bastards Getcha Down.” It examines and focuses on US international relations, leadership and national security issues. After the military, Joachim earned a master’s degree in Clinical Psychology and worked as a licensed therapist in the mental health field for more than a quarter century. He now concentrates on his writing and has a blog site at http://empireexposed. blogspot. com/. He is also a regular contributor to Global Research and a syndicated columnist at Veterans Today.