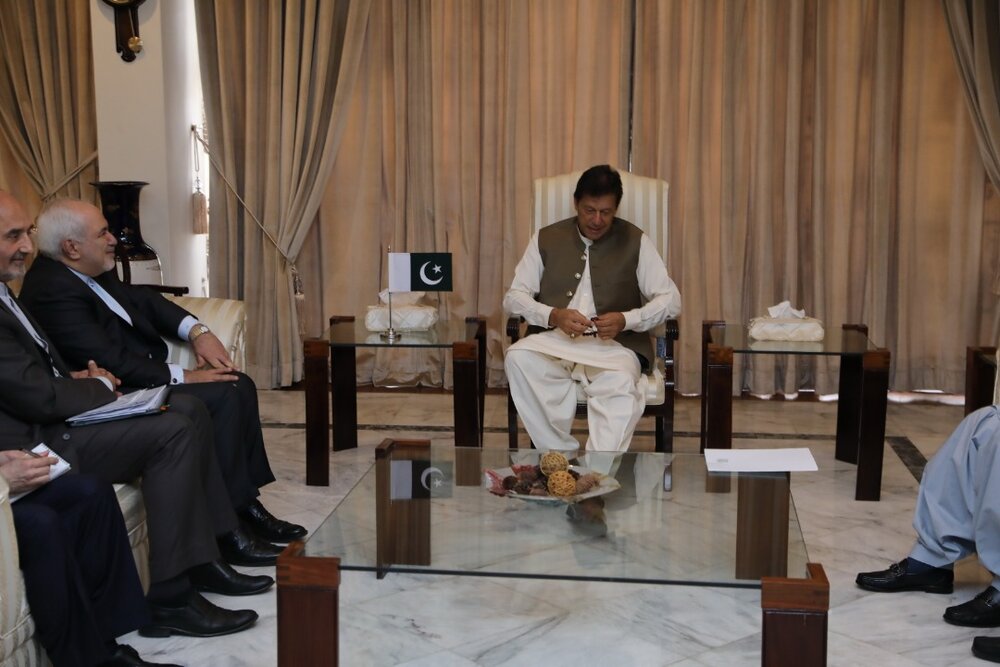 During his meeting with Khan, Zarif said Iran attaches great importance to ties with Pakistan and also cooperation between the Iranian port city of Chabahar and Pakistan’s Gwadar in line with tapping the capacities of the two cities for mutual benefit.
Khan said that Pakistan seeks to expand relations and cooperation with Iran. He also highlighted the importance of cooperation between Islamic countries in the region.
The Pakistani prime minister made a high-profile visit to Iran in April.
During a separate meeting with Qureshi, Zarif said that Iran attaches value to Pakistan’s efforts to establish peace in the region.
Qureshi said Pakistan would continue its reconciliatory efforts for ensuring peace and stability and reducing tension in the region.
He added that tensions in the region are in no one’s interest.
The remarks by Pakistan’s foreign minister came in the backdrop of rising tension between Iran and the United States.
Qureshi added Pakistan wants settlements of all issues through diplomatic engagement.
“All stakeholders need to demonstrate patience and tolerance,” Qureshi said.
Pakistan said on Thursday that it is ready to mediate between Washington and Tehran.
“If required, Pakistan is ready to play a constructive and positive role in this regard,” Pakistan’s Foreign Office spokesperson Mohammad Faisal told a press briefing, RT reported.
Zarif also met with Qamar Javed Bajwa, Pakistan's army chief, in Rawalpindi, discussing regional developments.
Zarif arrived in Pakistan late Thursday on a two-day visit.Upon arrival in Islamabad, he said, “We believe that Chabahar and Gwadar can complement each other.”
“We can connect Chabahar and Gwadar, and then through that, connect Gwadar to our entire railroad system, from Iran to the North Corridor, through Turkmenistan and Kazakhstan, and also through Azerbaijan, Russia, and through Turkey,” Press TV quoted him as saying.
“I’ve come here with a proposal for the government of Pakistan for connection between Chabahar and Gwadar,” he noted.
Gwadar port is being developed by the Chinese and Chabahar by the Indians.