Arms sales to Saudi all about American jobs: Academic

TEHRAN(Basirat) :  US officials insist on the policy of exporting arms to Saudi Arabia and the United Arab Emirates to protect job opportunities of the military industrial complex in the United States, says a commentator. 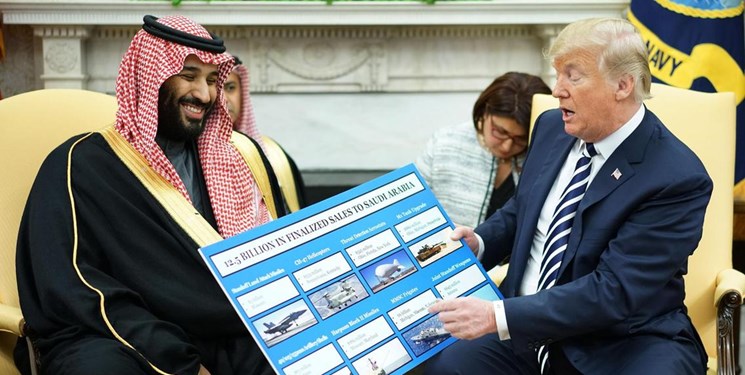 The administration of President Donald Trump has said it would proceed with 22 arms deals worth some $8 billion with Saudi Arabia and the United Arab Emirates in spite of American lawmakers' concerns about their use against civilians in the war on Yemen.

David Yaghoubian, professor of history at the CSU San Bernardino University, told Press TV on Saturday that the United States has neglected facts and figures about Saudi and Emirati war crimes in Yemen, because the American authorities prefer economic interests over the lives of millions of Yemeni people.

“We (Americans) have hundreds of billions of dollars worth of arms sales to sell to the Saudis and to the Emiratis,” Yaghoubian said, adding that “this is all about American jobs.”

According to the professor, US military presence and arms sales in the Middle East are unfortunately critical elements of the “American economy” and “political campaigning.”