Sayyed Nasrallah: If It Weren’t for Liberation in 2000, Trump Would’ve Granted South to Israel

Tehran (Basirat) :Hezbollah Secretary General Sayyed Hasan Nasrallah delivered a speech Saturday 25th of May on the anniversary of the Resistance and Liberation day. 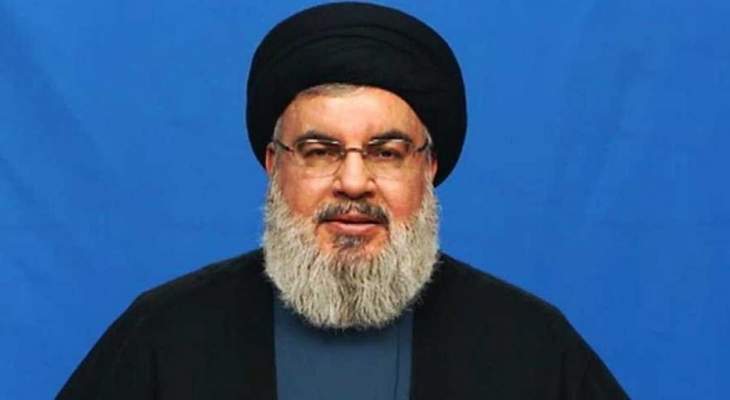 Sayyed Nasrallah tackled regional and internal files including the upcoming Bahrain Summit, localizing the Palestinians in Lebanon, strength of the resistance axis, return of the Syrians to their country, and internal files.
His eminence called for a wide participation in Al-Quds day which is held annually on the last Friday of the Holy Month of Ramadan, stressing that this day is of great significance this year because of the efforts being made to put an end to the Palestinian cause, specifically during the upcoming Economic Conference in Bahrain.
He greeted the Palestinian’s united stance to boycott and refuse this conference and praised the Bahraini people, scholars, and political powers’ stances that condemned the country’s decision to be the first to embrace “the deal of the century” which aims at putting an end to the Palestinian cause.
25/May/2000: Resistance and Liberation Day
Sayyed Nasrallah greeted everyone who was part of this victory by sacrificing, staying patient, supporting and aiding.
“We should remember the families of the martyred and injured, Lebanese factions, Security Forces, Army, Palestinian factions and the Syrian Army and keep in mind that Iran and Syria are the ones who stood by our side and they are our companions in victory,” he said.
Hezbollah SG assured that one of the major outcomes of this victory was the “Equation of Strength” in Lebanon because the Israeli enemy had to pull back without any victories or conditions.
“Lebanon was no longer regarded as the weak ring in the Arab/Israel conflict, and today the Israeli enemy states that in Lebanon there is a “strategic or central threat against Israel”, he noted; adding “just like the enemy is aware of this strength, the Lebanese people should be aware of its importance in order to sustain their country’s sovereignty and safety and in order to protect it. This what forms the Golden Equation “Army, people and Resistance”.”
“If it weren’t for the resistance and liberation in 2000, Trump would’ve granted the south of Lebanon or other parts of it to Israel, just like he did with Al-Quds and the Golan,” Sayyed Nasrallah said, reassuring holding on to “Shabaa Farms, Kfarchouba hills and the Lebanese part of Al-Ghajar village.”
Localization in Lebanon
Concerning localizing immigrants in Lebanon, his eminence said: “we suspect that the economic summit in Bahrain will be opening the door for the localization of immigrants in Lebanon and other countries. The Lebanese agree on refusing localization politically and constitutionally, and the Palestinians as well agree on refusing localization and holding on to their right of return.”
Sayyed Nasrallah called for “a meeting between Lebanese and Palestinian officials to put a joint plan on how to face the danger of localization because the threat is approaching and statements are no longer enough”.
Syrian Refugees’ Return
Hezbollah SG pointed out that “the real reason behind delaying the return of the Syrian refugees in Lebanon to their country is political and it is related to the presidential elections in Syria because the presidency of Bashar Al-Assad will end in 2020 or 2021, and there is an American, Western, and Gulf insistence on keeping the refugees away from their countries until then. There are no humanitarian or security reasons behind postponing the refugees’ return to Syria and claims about that are just rumors.”
Sayyed Nasrallah further stated that “Assad has confirmed to me that he supports the return of everyone to Syria and is ready to offer facilitation, but the obstacle is political. Should Lebanon submit to this political obstacle only because the US, west and Gulf want that?”
Battle against Corruption Files
His eminence stressed Hezbollah’s commitment to fight corruption, reiterating that this needs time and patience, and it is even harder than the battle of liberating the south.
He indicated that the ministers are doing their jobs and have not found corruption in the Ministries of health and sports, and called on everyone who has information or data against these two ministries to propose them so that action would be taken.
On another hand, Sayyed Nasrallah stated that “budgeting discussion has been our priority because it is a major point in the process of fighting corruption and stopping financial waste.”
Source: Al-Manar