Palestinian resistance has improved from ‘rocks to rockets’

TEHRAN (Basirat) : The Palestinian people’s resistance against the Israeli occupation of their land has improved from launching “rocks to rockets”, and Iranian official said on Tuesday, noting it shows that the new Palestinian generation is more determined than ever to defend their territory. 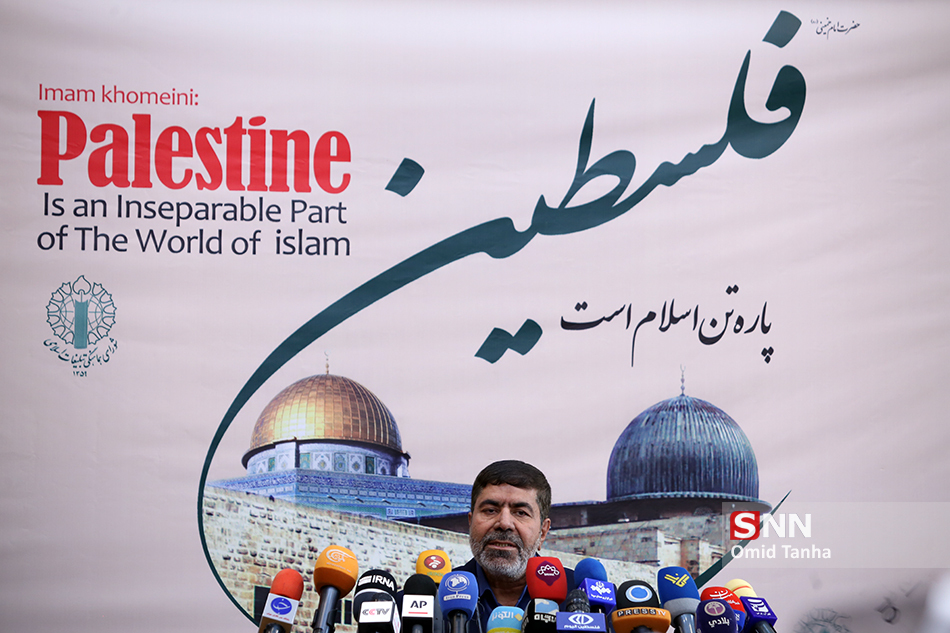 Ramezan Sharif, chairman of the Intifada and Quds Department of the Coordinating Council of Islamic Propagation, made the remarks at a press conference in Tehran as he outlined the programs of International Quds Day rallies in Iran, which falls on Friday, May 31.
Initiated by the late leader of Islamic Revolution Ayatollah Khomeini in 1979, International Quds Day is being held annually on the last Friday of Ramadan in many countries across the world to support the Palestinian people against the occupation of their land by Israel.
“The new generation of Palestinian people are more determined than the previous generations and this counts as an achievement of International Quds Day,” Sharif pointed out.
He said the Israeli “corruption and thirst for blood are unexampled in the world”, noting that most of the corruption and problems across the world can be traced back to Zionists, including one of their latest efforts, which was the formation of Takfiri terrorism to fight the Islamic World.
“Today, Palestinians are the main victor despite the fact that Zionists have used all their forces and allies to occupy (Palestinian) territories,” added Sharif.
Sharif, who is at the same time the spokesman of the Islamic Republic Revolution Guards (IRGC), also said Iran does not fear a possible war with the United State.
The remarks by Sharif come as tensions between Washington and Tehran soared recently over America deploying an aircraft carrier and B-52 bombers to the Persian Gulf over a still-unexplained threat it allegedly perceives from Tehran.
The U.S. also plans to send 900 additional troops to the 600 already in the Mideast and extending their stay.
Sharif told reporters that the paramilitary force doesn’t “support engaging in any war” but it doesn’t “fear occurrence of a war.”