Britain is humiliated by Trump

TEHRAN (Basirat) :  In an interventionist statement, the president of the United States has called for the presence of former British Foreign Secretary Boris Johnson at the head of the British political and administrative equations. This obnoxious demand has led to the anger of British citizens from the United States: a country that for decades has made Britain a dependent player in the international system. 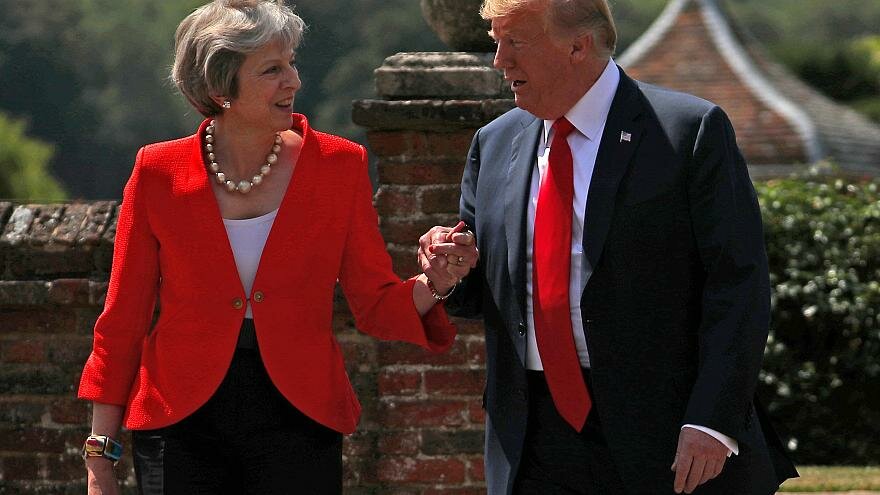 Jeremy Corbyn says Donald Trump's support of Boris Johnson is an "entirely unacceptable interference" in British politics.The U.S. president has described Johnson, who is taking part in the Conservative leadership contest, as a "very good guy" who would be an "excellent" prime minister.Trump, who may meet the former foreign secretary during his state visit to the UK next week, also said Johnson was "very talented".
Those comments drew criticism from the Labour leader, who said the next prime minister "should be chosen not by the U.S. president".
Donald Trump seems to have been at the center of a deliberate and obvious attempt to humiliate his valiant beards in London. Meanwhile, many British politicians prefer to silence Donald Tramp and his involvement in their internal affairs. What is certain is that British humiliation against the United States has no end!
Undoubtedly, no matter how much time passes, British citizens will find out more about U.S. covert interventions in their internal and political affairs. It should not be forgotten that Britain's withdrawal from the European Union is one of the main demands of the President of the United States.
However, Trump's goal is not respect for democracy and the vote of British citizens! The president of the United States has shown that democracy, and even the most minimal human values, do not have value for him and his companions.
Donald Trump has shown that he is looking for a division of the European Union. In this way, he justifies any direct intervention in the political and internal affairs of European countries.
Meanwhile, politicians such as German Chancellor Angela Merkel and French President Emanuel Macron, who claim to be European Union advocates, have closed their eyes to the White House! Undoubtedly, they will soon find out about the fate of their passive match against the White House, which is too late.