TEHRAN (Basirat) – Iranians from different walks of life held massive rallies all over the country on Friday morning to mark the International Quds Day in a show of support for the oppressed people of Palestine. 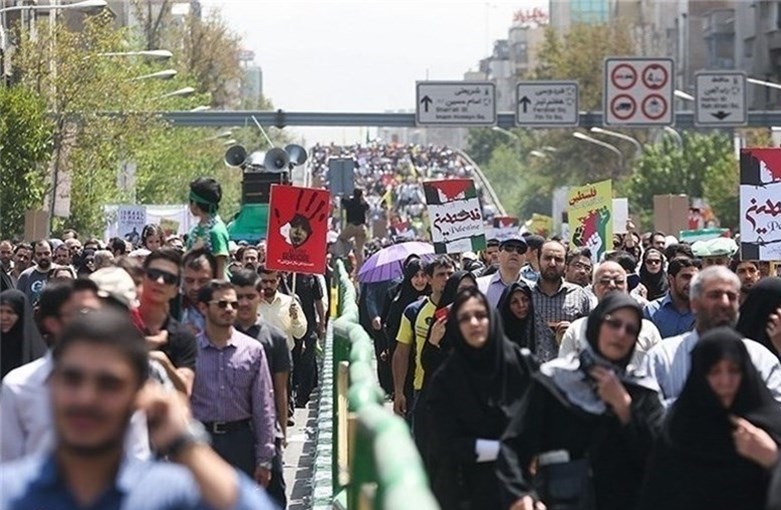 Iranians from different walks of life held massive rallies all over the country on Friday morning to mark the International Quds Day in a show of support for the oppressed people of Palestine.
tasnimnews.com reports:
Millions of fasting Iranian people have taken to the streets this morning to attend nationwide rallies to express solidarity with the Palestinian people, who have been suffering from Israel’s atrocities for decades.

Venting their anger on the Tel Aviv regime and its allies, demonstrators call for an end to the Israeli occupation of Palestine, Judaization of the holy city of al-Quds and construction of Israeli settlements across the West Bank.

Carrying placards and chanting slogans against Israel and the US, marchers voiced their support for the people of Gaza and the West Bank, and reiterated their opposition to the occupation of the Palestinian territories by Zionists.

Hundreds of Iranian and foreign reporters are covering the rallies across the country. 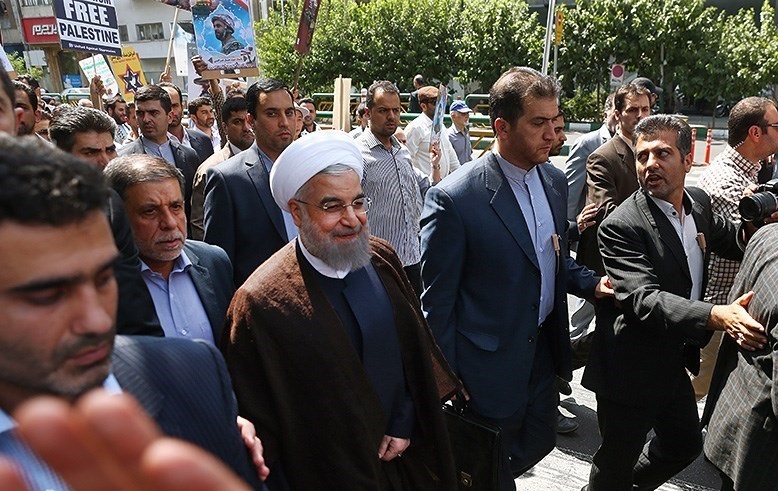 Following the rallies, people of Tehran are going to attend the Friday prayers, to be led by Ayatollah Seyed Ahmad Khatami. Lieutenant Commander of the Islamic Revolution Guards Corps (IRGC) Brigadier General Hossein Salami will also deliver a speech before the prayers.

Each year, the International Quds Day is celebrated on the last Friday of the holy Muslim month of Ramadan. 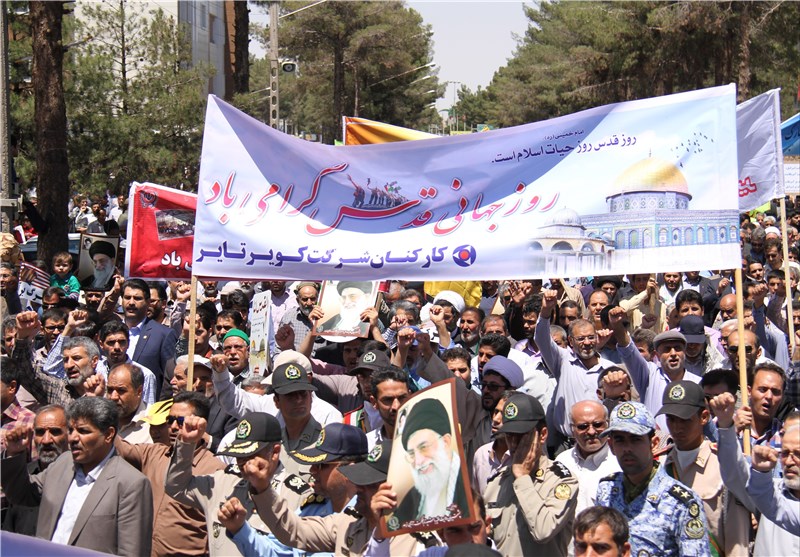 The event’s raison d'être is renewing support for the Palestinians and fierce denunciation of Israel.

The day is also seen as the legacy of the late founder of the Islamic Republic of Iran, Imam Khomeini, who officially declared the last Friday of the holy month of Ramadan as International Quds Day back in 1979.