TEHRAN, January 1 (BASIRAT)- Hezbollah Deputy Secretary General Sheikh Naim Qassem told the Iranian Wefaq newspaper that ISIL’s influence in the region is dwindling and that the terrorist group depends on the American, Israeli and Saudi support to survive. 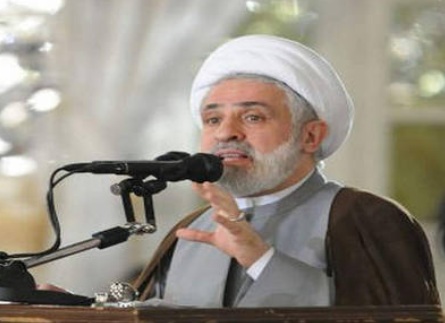 In a different context, Sheikh Qassem stressed that Hezbollah will certainly punish the Zionist entity for  assassinating the resistance’s officials in Syria.

His eminence added that ‘Israel’ is trying, by assassinating martyr Samir Kuntar to impose new rules of engagement in a way that Hezbollah does not respond to its crimes.

On December 19, the Israeli warplanes raided a residential building in the Syrian city of Jaramana, killing the Dean of liberated detainees from Israeli prisons, martyr Samir Kuntar.

Martyr Kuntar was detained by occupation forces in 1979, at the age of 16, for his involvement in a heroic operation against Zionists. He was released along with four other Lebanese prisoners in a 2008 swap deal with Hezbollah in exchange for the bodies of two Israeli soldiers killed during the 2006 war.