220K tons of pistachios to be harvested in Iran

TEHRAN(Basirat) : Head of Department of Agriculture Ministry announced that 220,000 tons of pistachios to be harvested in Iran this year. 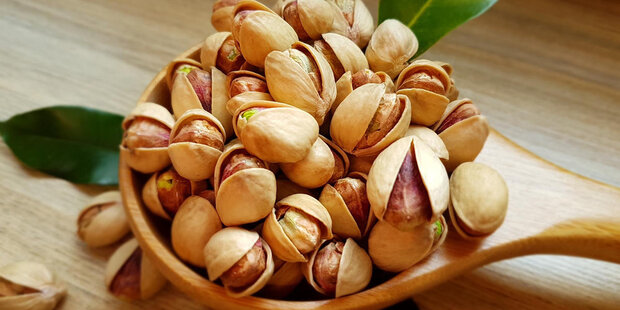 According to Hossein Rezaie, 28,000 tons of pistachios are to be harvested in Rafsanjan, Kerman Province, southeast of Iran this year.
Rafsanjan produces 30 percent of Iran’s pistachios, he said.
Pistachio orchardists in Kerman Province will harvest 126,000 tons of pistachios this year, he added.
A total of 1,618 tons of pistachios worth about $14.68 million were exported from Iran during the first month of the current Iranian year (March 21-April 20), the Islamic Republic of Iran Customs Administration announced.
Germany, Afghanistan, the UAE, Bahrain, Jordan, Canada, China, the Czech Republic, India, Iraq, Kuwait, Kyrgyzstan and Kazakhstan were the main buyers of Iranian pistachio during the period.
According to Iran Pistachio Association, Iran and the US account for 85% of the global production of pistachio (dry in-shell basis).
There are some 400,000 hectares of pistachio farms across Iran.