TEHRAN (Basirat) :  With an international conference on peace and truth about to open in Beirut, the FBI has launched an intimidation campaign against American academicians, veterans and activists who were invited to the conference in order to prevent their participation. 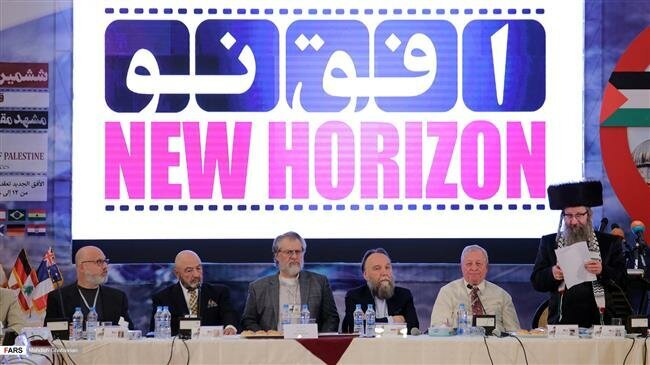 As the 7th round of the New Horizon Conference (NHC) is scheduled to open on Monday in the Lebanese capital Beirut, dozens of international experts, peace activists and thinkers have been invited to attend the event, which is known for its criticism of capitalism and liberal hegemony.
The previous rounds of the conference have been marked with its anti-Zionism, and participants gathered from all corners of the world, including a number of outspoken experts who protested the Israeli occupation and atrocities against Palestinian people, and some who criticized the United States for its endless wars which have left millions of casualties and calamities for humanity.
Another edition of the event had shed light on the role of Hollywood in propagating political interests of the hegemonic powers and in promoting and supporting the Zionist agenda through the language of art. This was indeed one of the main reasons the American administration decided to put the conference and its organizers on its list of sanctions back in February.
Now, with the conference beginning with a long list of figures of different nationalities – from as far as China to Russia and from the Middle East to Europe – U.S. officials, being unable to prevent it, have resorted to intimidation of the American invitees to prevent them from joining the event.
According to the organizers of the conference, the American guests have been facing threats and harassments from the FBI. The guests informed the organizers that the FBI security agents have appeared at their doorsteps, warning them of “dire consequences” if they “ever tried to the NHC again.”
In mid-August, three of the guests broke the news in interviews with Press TV, revealing that they have been warned by the FBI of a wide range of punishments from $50,000 in fine to years in prison. Former Pentagon official Michael Maloof, a former U.S. diplomat in Saudi Arabia J. Michael Springmann, and Scott Rickard, a former service member to the U.S. Air Force and NSA, were those telling Press TV that the aim of such bullying and threats was to “prevent Americans from learning about Iran, experiencing Iran, and exchanging ideas with anyone from Iran.”
According to the organizers, all the American invitees had informed them that to avoid further intimidation from the American government, they had to cancel their trips to Lebanon and couldn’t take part at the conference.
The sanctions against the New Horizon Organization were set in February 2019, targeting, among other individuals, media figure and chairman of the NHC Nader Talebzadeh and his wife. “It is both sad and hilarious,” wrote Talebzadeh in his letter of opposition to the U.S. Treasury back then “that such a government with the claim of democracy and freedom of speech should go for harassment of his own citizens for taking part in a ‘forum for free thought’.”
The sanctions and intimidation against the conference comes despite the fact that the event is sponsored by custodianship of the Holy Shrine of Hazrat Massoumah in the Iranian city of Qom, which is a religious entity and promotes peace and prevention of war through such events aimed at raising awareness among the public across the world. Similarly, the 2018 conference was sponsored by custodianship of the Holy Shrine of Imam Reza in Mashhad, northeast of Iran.
Mr. Maloof earlier noted that they had attended the conference for dialogue and with a desire to build diplomatic bridges. “We’re all still U.S. patriots, but we believe there’s another way to go about things than looking at everything in Iran through the prism of Israel.”