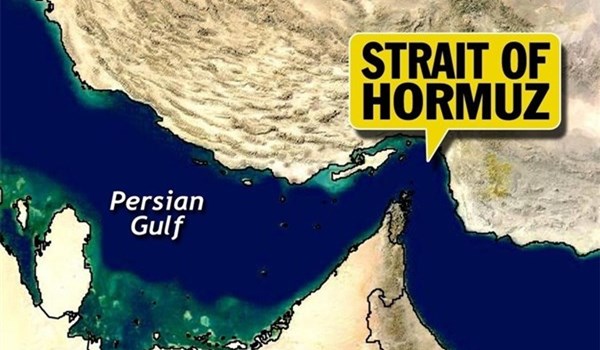 The idea entails the concerned countries cooperating to ensure security in the Persian Gulf and Sea of Oman, though importantly excluding the US participation which is stirring up regional tensions.
Washington blamed Tehran for the mysterious tanker attacks that occurred earlier in the summer and the Houthis' recent drone strike against the world's largest oil processing facility in Saudi Arabia, which the US then exploited as the justification for bolstering its military presence in the Persian Gulf in order to “milk” Saudi Arabia and intimidate Iran into undertaking political concessions in exchange for sanctions relief.
As part of its efforts, the US has struggled to form an international coalition for patrolling the region's waterways and ensuring so-called "freedom of navigation," a move that Iran has labeled as provocative and intended to actually bully it. It's therefore imperative for the regional nations to take security into their own hands instead of relying on self-interested outsiders like the US which have over four decades of experience in trying to destabilize Iran after its 1979 Islamic Revolution.
After all, it's only sensible for one of the most direct regional stakeholders themselves to officially suggest something of the sort in order to give it the momentum needed to be taken seriously by its counterparts and not be regarded as an entirely extra-regional recommendation. It therefore wouldn't be surprising if Iran's proposal includes regionally relevant details for facilitating its eventual entry into practice.
Iran's "Hormuz Peace Initiative" is timely and much needed since global economic security – already threatened by the US trade war – is largely dependent on stability in the energy-rich Persian Gulf, which has been undermined as a result of recent events there and America's attempts to pin the blame on Iran without any evidence. Considering the US provocative actions and rhetoric, it cannot be trusted as a reliable partner for ensuring this, hence why it's the need of the hour for the regional countries to cooperate.
That's obviously a lot easier said than done owing to the deep distrust between Iran and Saudi Arabia, but both countries share partnerships with China and are greatly increasing their economic engagement with it, which places the People's Republic of China in a privileged position to help facilitate peaceful dialogue if called upon by both parties to do so.
Even if they don't request this, there's no ignoring that they each have shared interests in stabilizing the Persian Gulf in order to maximize the benefits they stand to receive from the Belt and Road Initiative (BRI).
Iran is regarded as one of the most promising emerging markets in the world given its pivotal transit location along the South Eurasian Rimland, educated population, and natural resource wealth, while Saudi Arabia is in the midst of its "Vision 2030" systemic transition to a post-oil economy.
Without peace and security in the region, their future developmental plans – which are being advanced through differing degrees of foreign investment – are endangered, so now's the time for them to finally take collective security seriously - without the US.