Tehran (Basirat): After 20 years, for the first time since being appointed as the Chief Commander of Quds brigade, General Soleimani was interviewed by Khamenei.ir. The following is the first part of the interview:In the Name of God, the Most Beneficent, the Most Merciful. 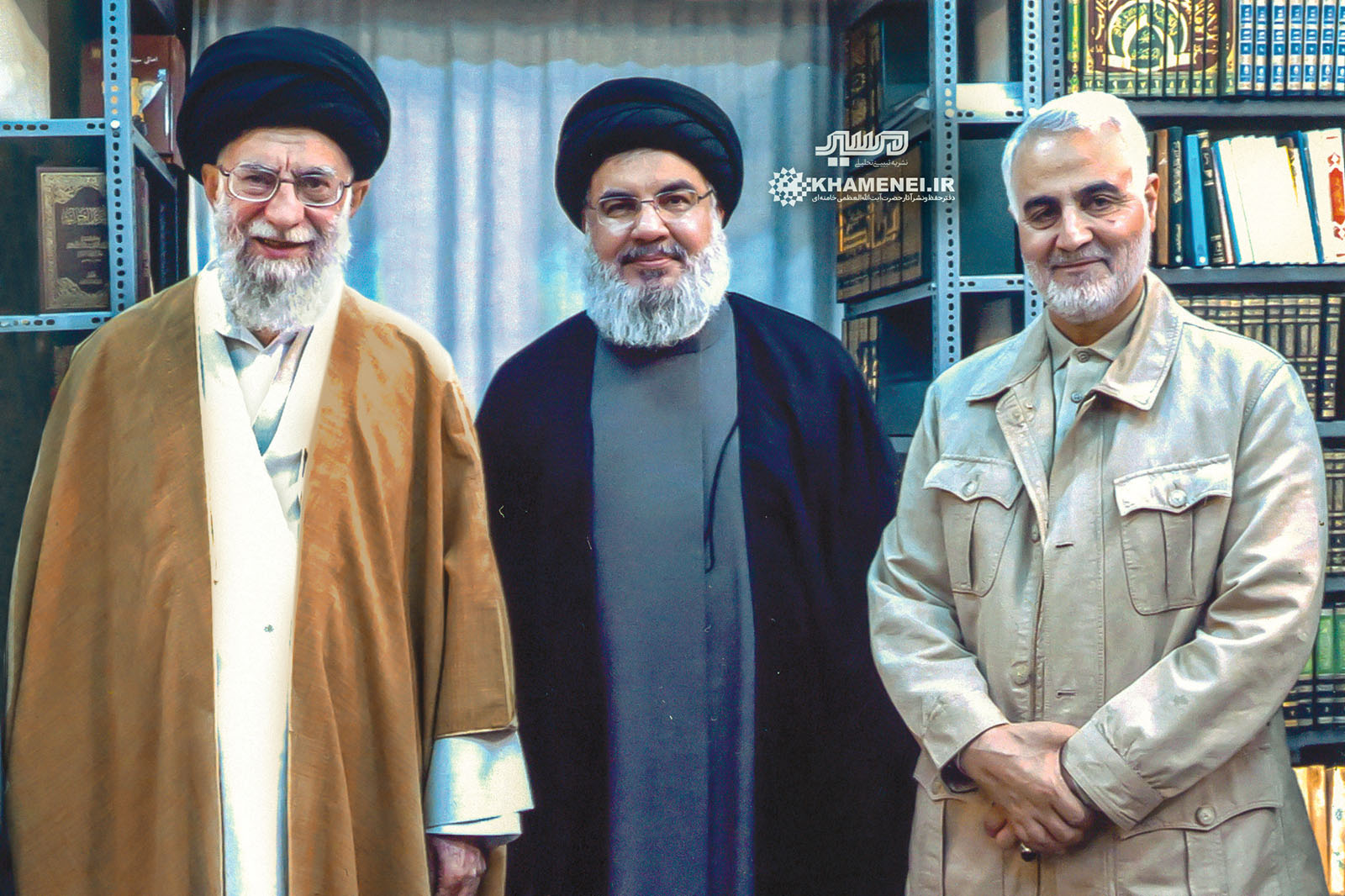 The interviewer: In the Name of Allah, the Most Beneficent, the Most Merciful; and we ask His assistance.
Greetings and condolences on the days of Muharram. We are grateful for the time you are devoting to us. We would like to open the discussion with you, and it might be a good idea at first to ask you about the situation in the region before the war. As the U.S. entered the region in 2001, after the 9/11 event, and staged two wars, which were followed by the 33-day war, our first question for you is: which were the factors that led to the 33-day war[2006 Israel–Hezbollah War​]?

The interviewer: Could you please also elaborate on the apparent reasons that you categorized? Upon which pretexts was the war was staged?

Major-General Soleimani: The main reason was Hezbollah’s commitment to the Lebanese people. There was no other power, apart from Hezbollah, who could make the commitment to free the young Lebanese imprisoned and captured by the Zionist Regime. Sayyid [Hassan Nasrallah] promised this in one of his speeches, saying they [Hezbollah] will surely free the Lebanese prisoners from the Zionist prisons, as they had done so previously too.
The Lebanese people, including the Druze, Muslim and Christian prisoners, had no hope or haven apart from Hezbollah; so do they today. In any event, the main refuge of the Lebanese people in defence against the violent regime has been Hezbollah. So, Sayyid made these remarks. In the previous swaps, Israel refused to deliver the main prisoners, some of whom were teenagers; and these teenagers spent their life in prison and had grown into young and middle-aged adults.
Hezbollah promised to liberate them; but it was not realized at the first swap [of prisoners], as Israel refused to free them. Therefore, in order to realize the promise, Hezbollah engaged in an operation to achieve the desired swap—which was later on actually successful.
So a special operation was performed, and it was commanded by someone named martyr Imad Mughniyeh. I don’t know what title can describe him, I wonder if I can use the title General, which has become popular today. Now the titles ‘general’ and ‘brigadier general’ are often used in our country. But, he was beyond those titles; he was a general, in the true sense of the word. He was a general with the most similar features to Malik Ashtar on the battlefield.
On his martyrdom, I felt the same feeling that Imam Ali (a.s.) experienced on the martyrdom of Malik, was now felt by the Resistance. By martyrdom of Malik, Imam Ali was grieved and sorrowed; and he cried while giving a speech on the pulpit—as some ahadith narrate, where he said: ‘how [extraordinary] was Malik! If he was a mountain, he was a huge and strong mountain. If he was a stone, he was a hard stone. Be aware that the death of Malik made a world sad, and a world happy.’ The passing of a man like Malik should be mourned and wept by men. Is there a companion like Malik? Will women deliver children who will ever again grow into someone like Malik? This saying by Imam Ali (a.s.) was very important; he said, ‘Malik for me was like I was for the Messenger of Allah (p.b.u.h)’.
So, the same was true in the case of Imad. That is, Imad could be described in the same manner for the Resistance, as I mentioned. If I want to surpass our conventional ways of describing, I’d use the same sentence Imam Ali (a.s.) used for Malik. He said, ‘women should give birth, so a person like Malik would be born again.’
Imad had such a personality. As he had managed many difficult battles, he managed this operation, supervising and leading closely. His operation was successful. He managed to attack a vehicle of the Zionist regime, inside the occupied lands and captured two wounded persons from inside the vehicle as hostages. I don’t care about the previous operations at this point; this operation was not a one-day operation; rather it was a few-month operation wherein the Israeli regime was monitored. Based on a plan worked out by Sayyid Hassan Nasrallah as the Commander-in-Chief of the Resistance in Lebanon, and with Imad Mughniyeh as the head of Hezbollah’s jihad, measures had been taken before this operation for it was very important—and as it is not the topic of our discussion, there is no need to address it. The operation represented a number of operations, not a single one; there were four separate special operations were included. First, it was about planning the operation. Second, it was the time and situation of the attack. The third step was to surpass the vast, dense and tall barbed wires of the Zionist regime, and to reach there; because the operation didn’t only consist of striking a point. They had to surpass the border, reach the prison and take the prisoners. So every operation had to be done so carefully that the people inside the tanks wouldn't get killed. The fourth point was that the operation had to be conducted very swiftly: not within 15 or 30 minutes, but in a few minutes or seconds. They had to very speedily move the now liberated captives to a safe place before the enemy could get to them. Usually, the enemy is within a distance of a few minutes away from the operation place—for the ground force; since for the air force it could take much shorter, of course, and the enemy would reach very rapidly. So it had to be planned very precisely. One of Imad Mughniyeh’s features was his meticulousness and his attention for details. Hence, since he usually devised the operations himself closely, the outlining of the plan was by him, so was the implementation of it. And Imad came out victorious.