Do the Saudis Really Believe in Peace?

TEHRAN(Basirat): "Peace”, is indeed a beautiful word. It means relief from tension, troubles, turmoil, trauma, and in modern political jargon, from treachery and terrorism. It is the essence of Islam, which itself is a synonym for "peace”, a word emphasized time and again in the holy Qur’an, where God Almighty gives the tidings of the perpetual peace prevailing in paradise. 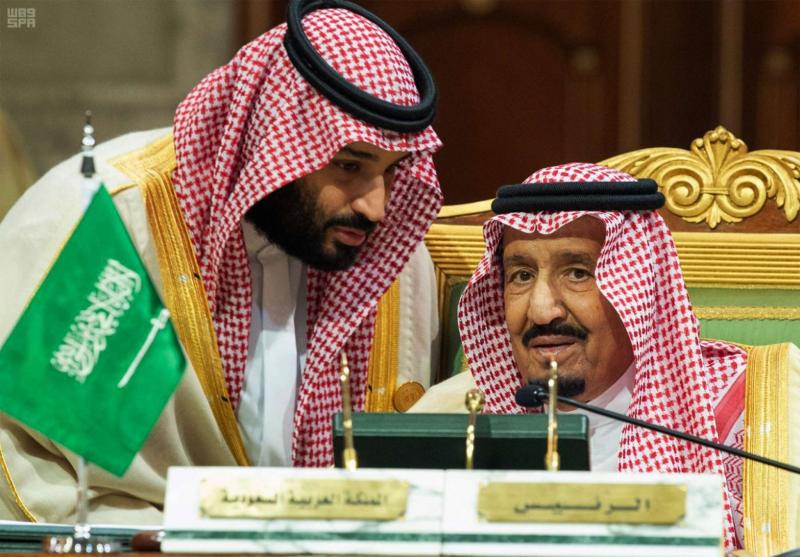 As a matter of fact "Salaam Alaikum” or the Islamic mode of greeting each other, means "peace unto you”.
Yet, in spite of its importance and its untold benefits for families, societies, and countries, peace seems to be conspicuously absent in the modern world, which is wracked by violence, wars, bloodshed and genocide.
Even rulers of Muslim states have been unable to properly implement peace in either their realms or in their relations with countries in the neighbourhood.
Why? Because of a clear lack of firm faith in the dynamic teachings of Islam, coupled with their being trapped in the temptations of the Satan to indulgence in sinful practices, and, of course, their subservience to the satanic powers – especially to the U.S.
The unfortunate result has been mutual distrust, spread of sedition, lust for the lands of others, oppression of fellow Muslims, and dancing to the tunes of their devilish masters.
This is the reason for destabilizing of Syria and Iraq through some of the most macabrely murderous terrorists, the current fueling of the flames of violence against the legitimate government in Baghdad through social media networks, the selling out of Palestine to the Zionists, the overthrow of the only democratically elected government in Egypt’s history, the civil war in Libya, the fratricide in Afghanistan, the suppression of Bahrain’s population by a minority regime, the indifference to the plight of co-religionists in non-Muslim counties, the irrational enmity towards the Islamic Republic of Iran, and last but not the least, the Saudi-UAE war on Yemen that has so far killed over a hundred thousand men, women, and children, besides destroying the infrastructure, and plunging the country into famine and epidemics.
Now comes the news from Riyadh that the ruling clan says it views a truce called by the Ansarallah "positively”, two weeks after Yemen’s popular movement announced the halting of its retaliatory drone and missile attacks against Saudi Arabia.
Saudi Vice Minister of Defence, Khalid bin Salman, said on Twitter that "the truce announced by Yemen is viewed positively by Riyadh,” and then in an attempt to sabotage any chances of peace, added: "The Yemenis should stand up along with us against Iran.”
It is obvious that the Wahhabi regime is trying to take the Ansarallah for a ride through such paradoxical statements, while continuing to use mercenaries, such as the Sudanese, to attack Yemen’s indomitable movement in Taiz governorate and al-Jawf province on Sunday and Monday. .
Thanks to the vigilance of the Yemen’s Sana’a-based legal government the fresh aggressions of the Saudis were repulsed with heavy losses.
Now what kind of ‘peace’ are the Saudis plotting through such seditious moves? Do they think that having failed to achieve their sinister objectives in four-and-a-half years of a senseless war they would achieve the same through some so-called "peace talks”, preplanned to bear no fruits?
If this is their goal, then not just the aged king, Salman bin Abdul-Aziz, but the whole regime, especially his two overbearing sons, Khalid and the self-imposed Heir Apparent, the murderous MBS (Mohamed bin Salman), are senile.
If they still think that it was not the Ansarallah that dealt the deadly drone blow to the Abqaiq oil installation and American arms will save them this time, then they are in for a big surprise, in view of the no nonsense warnings of the Yemen’s defenders that this time the retaliatory strikes will be on a greater and wider scale with far more destructive results – which no defence system will be able to prevent.
The Ansarallah, as true believers in the tenets of Islam, know that an imposed peace is worse than an imposed war, and aware of the criminal nature of the Saudi clan, which since 1934 continues to be in occupation of the northern Yemeni provinces of Najran, Jizan and Asir, their proposal for peace is not from a position of weakness, but means negotiations in all sincerity for all-comprehensive peace that includes not just the return of the three said provinces, but end of the occupation of the Land of the Revelation, Hijaz, as well retreat from the oil-rich east.
The ball is now in the Saudi court. They still have the chance to give up all their British-bestowed occupations and return to their native Najd, provided the Najdis are willing to accommodate them, or else they will end up as ignominious exiles in the U.S., Britain, and other states of Europe.
Source: kayhan
Over 100,000 Civilians Killed in Saudi-Led Aggression on Yemen: Report
Bahrain under fire for torturing detained female
Error Report
0