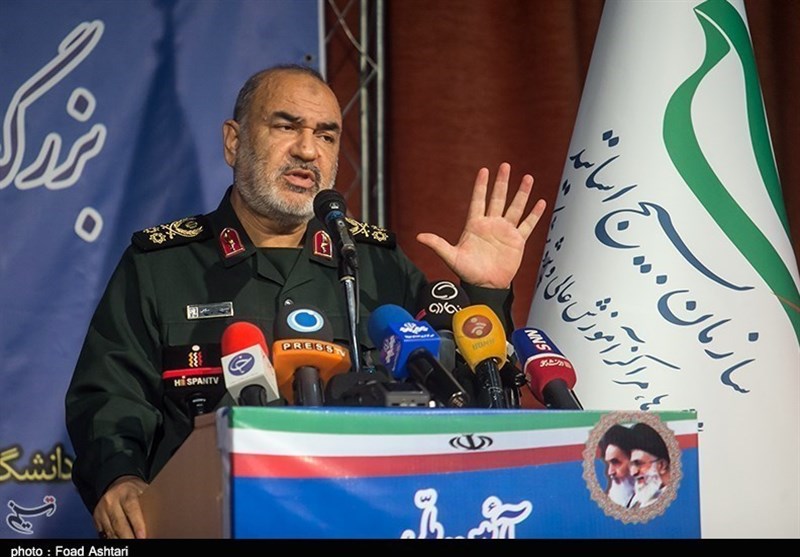 “The IRGC’s new defense achievements are remarkable despite the sanctions,” Major General Salami told reporters in the northern city of Rasht on Wednesday.
“In spite of pressures and economic, political, military and scientific sanctions, we have seen an enormous emergence of our elite and valuable forces,” he stated.
“…Our scientific technologies have been growing day by day,” said Salami, adding, “The Islamic Republic of Iran is up to date in terms of modern technologies and if we want to unveil them, we should see daily (unveiling) ceremonies.”
Today, the Western world lacks the capability to counter Iran’s achievements in various scientific areas, the top commander went on to say.
Iranian military experts and technicians have in recent years made great headways in manufacturing a broad range of indigenous equipment, making the armed forces self-sufficient in the arms sphere.
Iranian officials have repeatedly underscored that the country will not hesitate to strengthen its military capabilities, including its missile power, which are entirely meant for defense, and that Iran’s defense capabilities will be never subject to negotiations.
Back in February 2018, Leader of the Islamic Revolution Ayatollah Seyed Ali Khamenei called for efforts to maintain and boost Iran’s defense capabilities, hitting back at the enemies for disputing the country’s missile program.
“Without a moment of hesitation, the country must move to acquire whatever is necessary for defense, even if the whole world is opposed to it,” Ayatollah Khamenei said at the time.