TEHRAN (Basirat) – Visiting Pakistani Prime Minister Imran Khan expressed concerns over recent tensions between Iran and Saudi Arabia and said he does not want any new conflict to engulf the Middle East region. 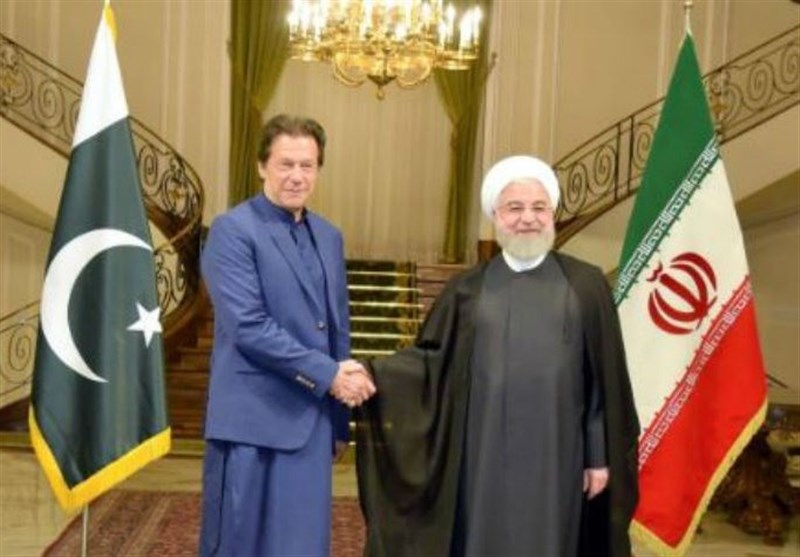 Speaking to reporters at a joint press conference with Iranian President Hassan Rouhani in Tehran on Sunday, Khan said the main reason for his trip to Iran was reducing recent tensions between Iran and Saudi Arabia.
“The main reason for my trip to Iran is that we do not want a new conflict in the region, especially because we, ourselves, were busy fighting for 15 years and lost 70,000 in the war on terror,” he said.
“Iran is our neighbor and has helped us on important occasions and Saudi Arabia is also our friend and has helped us,” the Pakistani premier stated.
Pakistan does not want any conflict between Iran and Saudi Arabia and believes that problems should not lead to war but should be resolved through negotiations, he added.
Disputes and conflicts lead to higher oil prices and eventually to the spread of poverty in the region and human casualties, Khan went on to say.
The remarks came after an Iranian oil tanker was hit by two suspected rockets on Friday off the coast of Saudi Arabia.
The oil tanker was 60 miles (97km) from the Saudi port city of Jeddah when the incident took place, media reports said.
Friday’s incident came against the backdrop of increased tensions between Iran and Saudi Arabia after attacks by Yemeni forces on the kingdom’s oil facilities, with Washington and Riyadh claiming Iran was behind them.
The Yemeni Houthi Ansarullah movement immediately took credit for the attacks, but US Secretary of State Mike Pompeo swiftly accused Iran of being behind the assault, without providing any evidence. Tehran categorically rejected the allegations.