TEHRAN(Basirat): A spokesman for the Palestinian Islamic resistance movement, Hamas, said Palestinians currently being held at prisons and detention centers in Saudi Arabia are exposed to various forms of torture and cruel methods of interrogation. 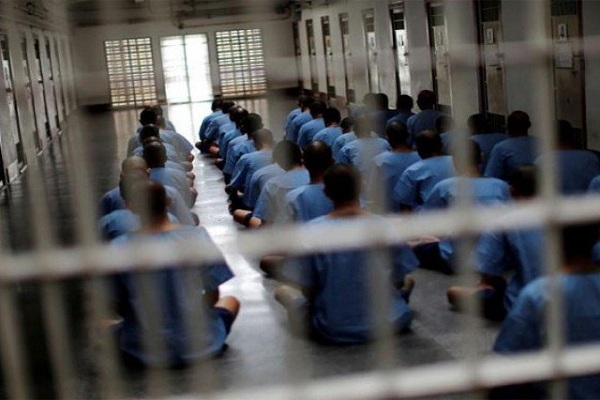 “Unfortunately, there is a harsh investigation procedure against the detainees, some of whom are subjected to various forms of torture. Interrogators of different nationalities are questioning them,” Sami Abu Zuhri told Arabic-language Shehab news agency in an interview on Monday.

He added, “There are about Palestinian detainees (in Saudi jails), and some of them are the sons or supporters of Hamas. Some of them have even lived more than three decades in the kingdom and greatly contributed to the construction of the country.”

Abu Zihri further noted that Hamas has made great efforts, either through contacts with a number of countries or Saudi officials, to secure the release of the Palestinian inmates but all to no avail.

The senior Palestinian official stressed that his movement is closely monitoring the cases of Palestinian prisoners being held in Saudi Arabia, Press TV reported.

The Prisoners of Conscience, an independent non-governmental organization advocating human rights in Saudi Arabia, announced in a post on its official Twitter page on October 3 that Saudi authorities had transferred senior Hamas official Muhammad al-Khudari, who has been in detention in the kingdom for more than five months, back to Dhahban Central Prison in the Red Sea port city of Jeddah after hospitalization in Mecca to receive treatment for an unspecified terminal disease.

On September 14, Hamas called on Saudi authorities to immediately release Khudari, who has been living in Saudi Arabia for over 30 years, and represented Hamas between mid-1990s and 2003 in Saudi Arabia.

He has held other important positions in the Palestinian resistance movement as well.

Back on June 3, Lebanese Arabic-language daily newspaper al-Akhbar, citing informed sources who requested anonymity, reported that Saudi officials had been holding dozens of Saudi nationals and Palestinian expatriates in detention for months over affiliation to Hamas.

The report added that the most prominent figure among those arrested was Dr. Khudari.

Al-Akhbar went on to say that the campaign of arrests coincided with the closure and tight control of bank accounts, and a ban on sending any money from Saudi Arabia to the Gaza Strip.

Over the past two years, Saudi authorities have deported more than 100 Palestinians from the kingdom, mostly on charges of supporting Hamas financially, politically or through social networking sites.

The Riyadh regime has imposed strict control over Palestinian funds in Saudi Arabia since the end of 2017.

All remittances of Palestinian expatriates are being tightly controlled, under the pretext that these funds could be diverted indirectly and through other countries to Hamas.

Money transfer offices are asking the Palestinians to bring forward strong arguments for conversion, and do not allow the ceiling of one’s money transfer to exceed $3,000.