Tehran (Basirat) :Iran’s top security official sheds light on an enemy plot to increase the number of fatalities during the recent riots in several cities, saying most of those killed in Tehran Province were not even involved in any protest gatherings. 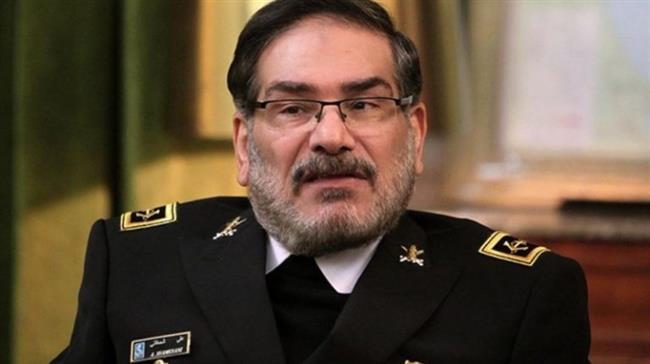 Secretary of Iran's Supreme National Security Council (SNSC) Ali Shamkhani made the remarks in a meeting with families of some of the victims of the riots in the western towns of the province on Thursday.
“More than 85 percent of the victims of the recent incidents in towns of Tehran Province had not taken part in any gathering and were killed with non-organizational firearms and cold weapons in a very suspicious manner,” said Shamkhani, adding there was certainly a plot hatched by “adversaries” to cause as many fatalities as possible and pin the blame on Iran’s security forces for the killings.
No official death toll has so far been released, but the victims reportedly include both security forces and civilians.
Commiserating with the bereaved families, Shamkhani said that government officials and authorities would make their utmost efforts to alleviate the suffering of the families.
He called on all governors general across the country to take necessary measures in order to investigate the deaths and compensate the damages incurred to the people.
In mid-November, the Iranian government raised gasoline prices in order to moderate the national consumption rate.
The move prompted protests in a number of cities that went largely peaceful but turned violent when armed riotous individuals took advantage of the situation to vandalize public and state property, and attack civilians and security forces alike.
Shortly after the riots broke out, Leader of the Islamic Revolution Ayatollah Seyyed Ali Khamenei tasked the Supreme National Security Council with compiling a report detailing the reasons behind the riots and immediate attending of the families of the victims.
Iran says 300 individuals remain in custody over their suspected role in the recent violent riots in Tehran.
Iran says many of the rioters were found to have links to the notorious US-backed Mujahedin-e Khalq Organization (MKO) terror group, separatists besides members of organized groups trained towards staging acts of sabotage.
Last week, Gholam-Hossein Esmaili, Iran’s Judiciary’s spokesman, dismissed the unofficial casualty count provided by certain sources as inaccurate.
“The numbers and figures that are being provided by hostile groups are utter fabrication and the actual figures are fewer than what these sources claim,” he said.
“They have released figures as well as certain names... The purported casualty count is not but a fabrication,” he said, in remarks aired on state television, adding that sources with hostile intentions have provided the names of people who lost their lives in circumstances unrelated to the recent violence, and of people who are even alive.